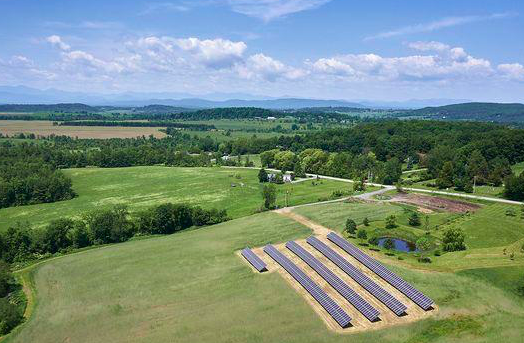 Vermont was one of the first U.S. states to enact virtual net metering (VNM), adding to its reputation as a clean energy leader. State and local energy reforms such as enacting VNM are essential if the U.S. is to succeed in making the transition to distributed, clean energy resources.

The number of Vermont residents, businesses and municipalities installing PV systems continues to rise. Analysts expect the state’s net metering cap of 15 percent of peak power demand will be reached by 2019. A key to stimulating development of shared solar projects, such as community solar installations, instituting virtual net metering policies and programs opens the door to solar energy access for renters, townhouse owners and others unable to host PV systems on their properties.

New Energy Services for a ¨Next Gen¨ Power Industry 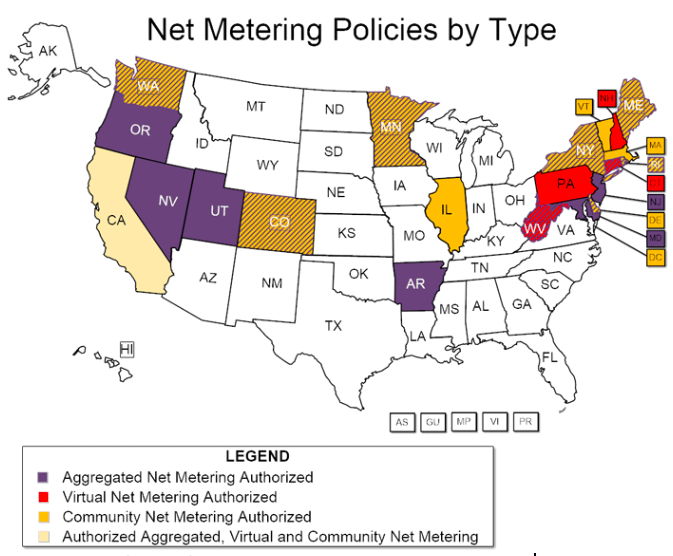 In contrast to many other supportive state energy reform platforms, those enacted by Vermont legislators and regulators are geared more towards stimulating solar and renewable energy adoption at the grass roots level.

¨A major transition in utility business models is underway, one similar to the decentralization of computing,¨ David Hill, VEIC’s director for distributed resources, said in an interview.

Founded in 1986 by Beth Sachs and Blair Hamilton with an initial annual budget of $8,000, VEIC’s workforce now numbers more than 300 generating annual revenues of some $80 million. VEIC’s overarching goal is by 2027 to reduce annual greenhouse gas (GHG) emissions 20 million tons – more than that Vermont produced in 2007.

These include being named the state-wide manager for Efficiency Vermont and sustainable energy programs in Ohio and Washington, D.C., which entail working with municipal utilities and others to develop projects and programs that provide renewable energy and energy efficiency to low- and moderate-income residents and local businesses.

In the nation’s capital, VEIC serves as the metropolitan area’s sustainable energy utility. Working with the D.C.’s department of energy and environment VEIC works with the Department of Energy and Environment governed by ¨a performance-based contract with a wide variety of goals and metrics to deliver renewable and energy efficiency services to low-income households and the business community.¨

Hill was one of twelve business representatives to give presentations on “Community Solar in Action” at the White House National Community Solar Summit in November. In his presentation, Hill offered details regarding VEIC’s vision for Sun Shares LLC, its newly established social enterprise subsidiary.

¨We don’t have an active system yet, but we have talked with site hosts¨ and other prospective program stakeholders, Hill told Microgrid Media.
The current version of Vermont’s net metering rules gives Sun Shares members a retail credit of around $0.14 per kWh. As an added incentive to participate in the community solar program a ¨solar rider¨ adds another $0.056 per kWh, he explained.

¨So if you are a Sun Shares member and have a 1kW share of a shared solar installation, you would generate about 1,200 kWh over one year and receive a $0.196 per kWh credit on your utility bill.¨

In turn, community solar members pay Sun Shares for those credits, which goes to help finance and purchase additional generation capacity. All said and done, ¨you would pay roughly 18 cents for 20 cents of credit,¨ Hill summarized.

¨You don’t have to put solar on your roof, or go through the process of having a contractor design and install the system. You can be a renter, and membership moves with you as long as you move in the same utility service territory.¨

VEIC is working with local employers to develop community solar programs that would supply clean, locally produced electricity for their employees as well as their facilities. ¨VEIC is looking to have employers and employees as members of the system. What that does is provide a large customer as a back-stop as other members come and go,¨ Hill elaborated.

¨It’s important in terms of financing to have surety regarding off-take [of the electricity produced]. Rather than having to perform credit checks on individual members and administer contracts, big employers, such as hospitals, consume enough energy that it makes sense for them to buy the credits.¨

VEIC intends to have at least two Sun Shares community solar projects up and running in Vermont 2016. From there, it intends to expand the program outside of Vermont.

With its own employess and the organization as participants, VEIC itself will be the first Sun Shares project. That’s in keeping with the approach VEIC has taken all along, Hill said.

In approving Sun Share’s launch, VEIC’s board stipulated that the organization prove the concept itself first. ¨We’re very much involved in implementation of energy efficiency and renewable energy, and like our consulting work, our efforts are based on things we have tried ourselves.¨