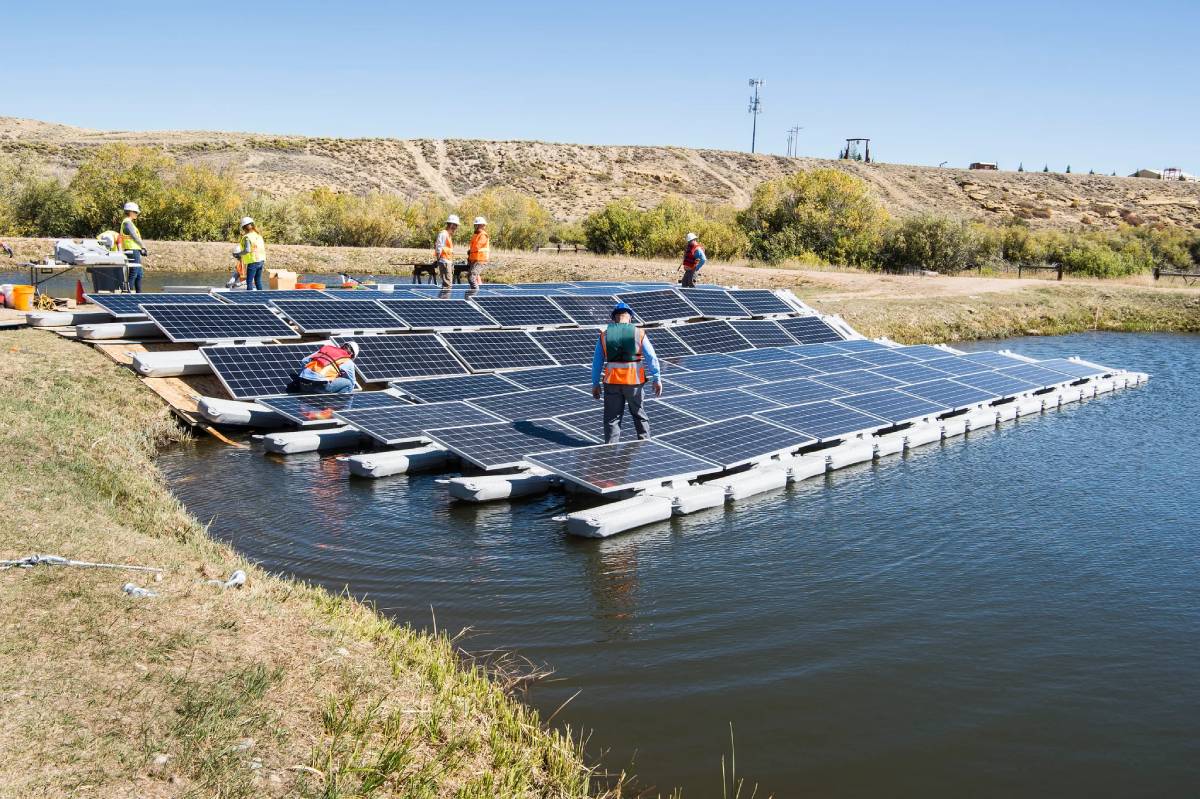 Scientists have hailed “floatovoltaics” as a potential solution, particularly for hydropower reservoirs – yet their environmental effects remain uncertain.

Many countries are turning to solar panels to combat climate change and access cleaner energy. However, this technology takes up substantially more space than conventional fossil fuel plants for the same amount of electricity produced. To address this problem, researchers have developed an innovative approach called “floatovoltaics” – floating solar panels on bodies of water! This strategy could prove invaluable in scaling global solar power while minimizing land use; however, its environmental impacts remain largely unknown and need further investigation.

Back in 2008, a game-changing moment occurred when the world’s inaugural commercial floatovoltaic system was installed on an irrigation pond at a California winery. Since then, larger plants with capacities of up to hundreds of megawatts have been developed on lakes and hydropower reservoirs across China. And it doesn’t stop there – more structures like these are projected for Southeast Asia and Brazil!

The development of floatovoltaics has been exponentially growing, making it one of today’s most promising and sustainable energy sources, according to Rafael Almeida – an assistant professor at the University of Texas Rio Grande Valley who specializes in aquatic ecosystem ecology.

According to Almeida, the best positioning for floating panels is on man-made bodies of water, such as irrigation canals and reservoirs at hydropower plants. Hydropower plants benefit from the existing infrastructure of their reservoirs, allowing for easier distribution and access to electricity. This allows us to utilize an existing energy source while reserving land that could be used for a nature preserve or agricultural purposes.

Almeida and his team determined the potential of nations around the world to harness floatovoltaics by calculating the area of their hydroelectric reservoirs. After an extensive study, researchers concluded that African and American countries have the most potential for creating energy from floatovoltaic technology. Brazil and Canada, in particular, could thrive with this type of renewable energy, only requiring a mere 5% reservoir coverage to satisfy all their solar demands through 2050! These findings were presented at the American Geophysical Union’s fall meeting on December 12th.

Almeida warned that we must think critically about maximizing low-carbon energy production while minimizing land-use intensities, yet be wary of the potential social and ecological impacts. Our knowledge of the consequences of covering vast bodies of water with solar panels is relatively limited.

Dr. Regina Nobre, a freshwater ecologist from Paul Sabatier University in Toulouse, France, who had no involvement with the most recent research project but is leading an initiative to examine floatovoltaics’ effects on old gravel pit lakes throughout Europe, believes that the outcomes of their environmental impact study are essential for lawmakers. These pits initially excavated for mining purposes, usually become filled with river water when deserted and have various aquatic lifeforms living within them. Although there aren’t any findings yet, Dr. Nobre strongly trusts that this evidence will be fundamental in making well-informed decisions by those in power.

“This technology is developing rapidly, and we require more data to comprehend the effects and provide reliable guidance for environmental organizations and public policies,” she exclaimed.

According to Nobre, extensive panel coverage can prevent light from entering the water and distort feeding and reproductive patterns in algae. This could cause oxygen levels to deplete drastically throughout the lake, negatively affecting local fisheries and wildlife. All of this together would be harmful to the whole ecosystem.

It is also likely that the panels could obstruct the interchange of gases such as methane between water and air, potentially canceling out decarbonization benefits. However, without thorough research, we can’t be sure what will happen—the results may differ based on different designs of panel coverage and terrain. Both experts suggested this be considered further.

Almeida asserted, “We must take a strategic approach to this exciting new sector. We can’t put too many obstacles in its way and prevent it from moving forward- but we also need more research to be aware of the associated risks.”