The advent of automated demand response (ADR) technology is enabling owners of commercial and industrial (C&I) facilities to earn revenues and reduce their energy bills by helping distribution utilities enhance grid operations and management. Given the scale of distribution utility grids, this has given rise to energy services companies (ESCOs) that contract with grid operators to aggregate ADR systems at C&I facilities and respond to calls from grid operators to shed or add load in order to maintain a balance between electricity demand and supply.

Pearlstone is recruiting program participants with the goal of acquiring a total 3-MWs of ADR capacity by early next year, the equivalent of the annual power consumption of 6,600 U.K. homes. The partners expect that will grow to 200-MWs over the next five years. 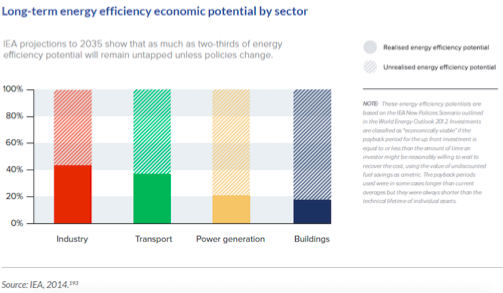 Pearlstone will pay C&I program participants to reduce energy consumption for short periods of time when grid electricity demand exceeds supply. Doing so will not only yield revenues and enhance grid reliability and resiliency, it will help reduce greenhouse gas (GHG) emissions, Honeywell highlights in a press release.

At no charge to C&I facility owners, Honeywell will conduct site audits to identify short-term energy reduction measures participants can institute by making use of its own products and services. Company field staff will also assist in designing and implementing them, as well as provide testing and training. All that said and done, each facility will be connected to the ADR platform.

“Shifting energy use is a viable alternative to producing additional megawatts of energy, especially as countries like the U.K. seek cleaner sources to balance the grid while meeting carbon reduction commitments,” VP and GM of Honeywell Smart Grid Solutions Justin McCurnin was quoted as saying. “ADR provides a clean pathway to keeping the lights on while achieving longer-term sustainability goals.”

Honeywell is running 20 ADR programs in the U.S. and around the world. That includes the first ADR programs in Australia, China and India, as well as the U.K. In additon to C&I companies, it has provided ADR management and energy efficiency projects for more than 100 utilities.

This past June, Honeywell and Tata Power Delhi Distribution announced the completion of India’s first ADR system for C&I companies.

By employing Honeywell’s ADR technology and services, Indian electric utilities could reduce peak electricity load at any given commercial or industrial facility by an average 15 percent, the project partners highlight. In the case of Tata Power’s ADR project in its New Delhi service area, that means the electric utility will be able to reduce peak power demand by around 11.5 megawatts.

Reducing peak and overall power demand — what’s come to be known as “negawatts” — reduces the need for costly power infrastructure, reduces emissions and helps avoid potential tragedies. Dubbed “virtual power plants,” electricity consumption across the country could be reduced an estimated 10.5 gigawatts – nearly 7 percent of nationwide peak power demand – if ADR systems such as this one were to be deployed across all buildings in India, the companies go on to highlight.