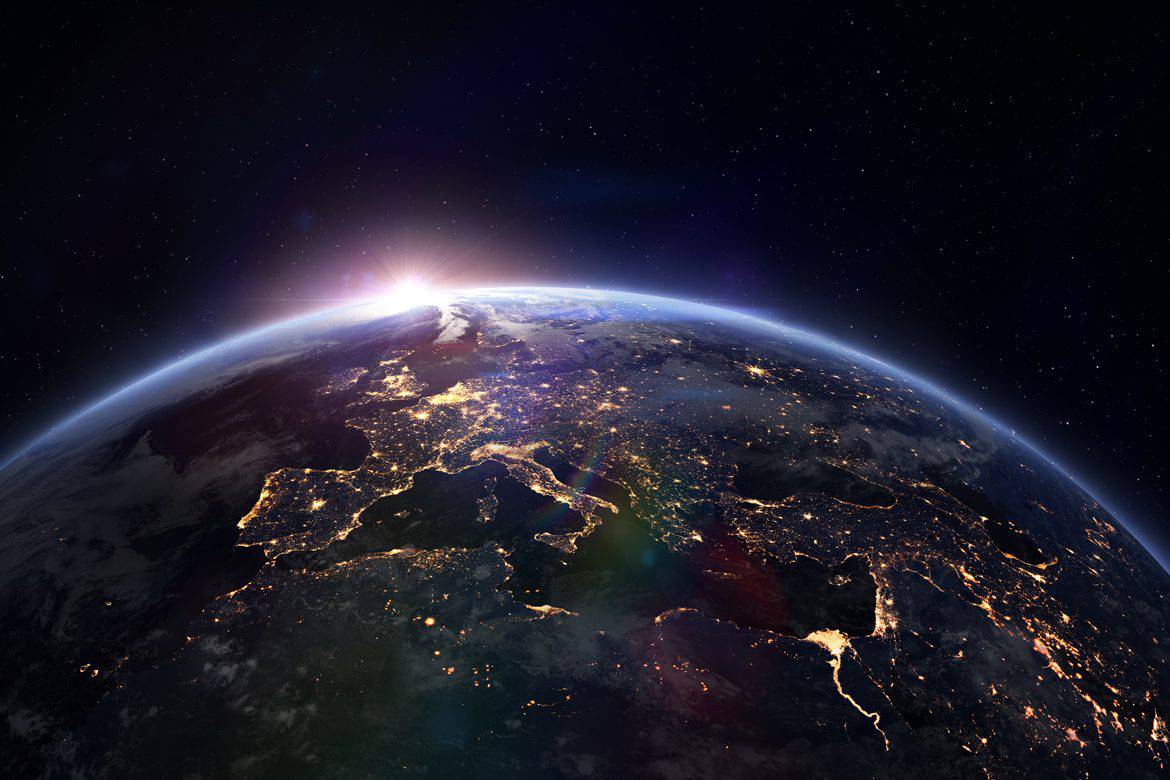 A new space race is currently underway. This time, the race to ensure future energy security is taking precedence over conflicts between global superpowers or enterprising tech billionaires. It has just been demonstrated in an experiment by the European aerospace behemoth Airbus that beaming solar power directly to Earth from orbit is a feasible possibility yet wouldn’t be any more expensive than our current energy infrastructure on Earth. While it may sound like something from science fiction, as laboratories compete for funding to carry out years-long studies to realize the concept, scientists all over the world strongly believe it could be a reality that changes the game.

In an Airbus’ advance demonstration In September, researchers at Airbus’ X-Works Innovation Factory in Germany successfully transported electrical power in the form of microwaves from a photovoltaic panel to a receiver. According to Space.com, “the beamed energy lightened a model city and powered a hydrogen engine and a fridge with alcohol-free beer that the audience afterward consumed.”

Although technological innovation is receiving a lot of (non-alcoholic) hype, experimentation is still relatively young. Airbus’ wireless transmission system has so far only been able to transmit energy a distance of around 100 feet (30 meters), which is a long way from space, but engineers have stated that they have little doubt that they will be able to do so within the next ten years. The next stage is to use an airborne platform to beam solar energy to the ground. Then comes the final frontier.

It should not be surprising that Airbus is intrigued by the technology as a “game changer for aircraft.” The concept is that energy could be transmitted directly to aero planes and that aircraft could act as movable nodes to transmit power all over the world. However, the technology’s applications reach far beyond the aerospace industry.

Directly beaming solar energy from space could significantly impact decarbonization and prevent future energy shortages. Outside the Earth’s atmosphere, where clouds and particles obstruct solar energy harvesting, it is possible to do so considerably more effectively there. “Power beaming technologies could help with the energy crisis by enabling the development of new aeolian energy networks.” According to a statement from Jean-Dominique Coste, a senior manager of Airbus’ cutting-edge Blue Sky division, “They would enable countries to regulate and distribute their energy wherever needed, independently.”

In reality, the European Space Agency is considering a three-year research, named ESA SOLARIS, to see whether having large solar farms in space could succeed. The BBC believes it will likely get sanctioned, thanks partly to the recent innovation at Airbus. “The ultimate goal is to have enormous satellites in orbit, each of which can generate the same amount of electricity as a power plant.”  Then, your home may get some of this energy when it is beamed directly to terrestrial energy grids.

The concept itself is not new, but the expertise needed to make it a reality is only now beginning to emerge in an exciting convergence of technology advancements, cutting-edge innovative thinking, and more inexpensive components and infrastructure. According to the BBC, “the game-changer has been the falling cost of launches, thanks to reusable rockets and other advances produced by the private sector. But in conjunction with the space-beaming innovation, there have also been advancements in robotic construction in space.

Even though the effects of such a project on the environment and energy security are incredibly positive, not everything is perfect. If everyone was competing for the same team and values, there wouldn’t be a space race, and ESA SOLARIS isn’t the only initiative of its kind. China is also attempting to beam solar energy from its space station. But neither decarbonization nor even energy security is the project’s aim. Instead, the contentious project aims to supply power to military hardware and remote outposts.