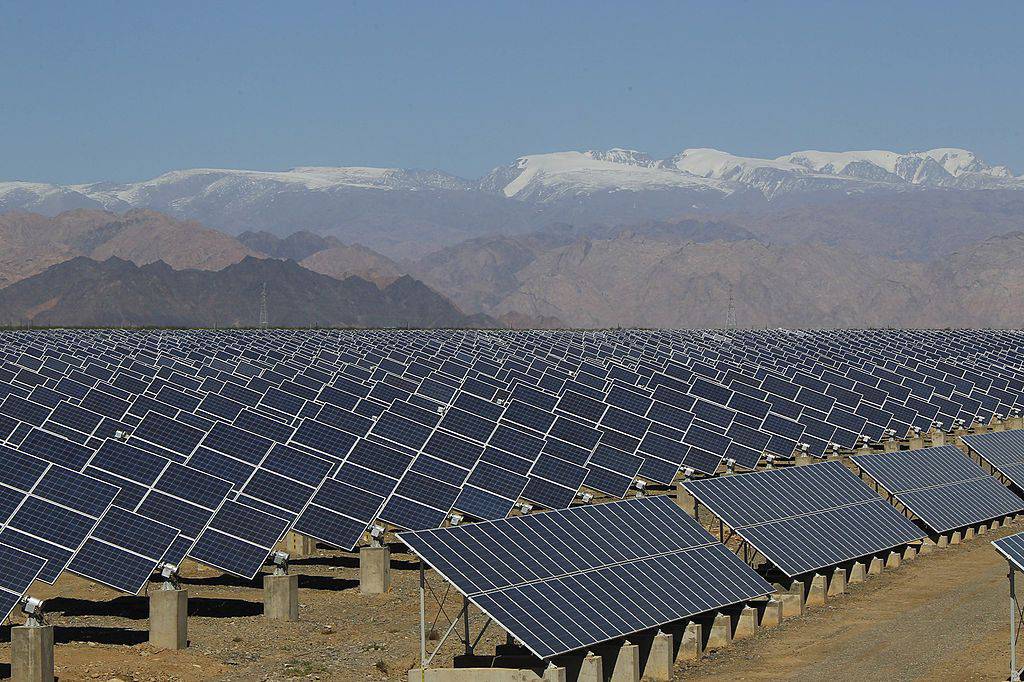 In order to combat climate change and create jobs in the United States, the Biden administration has promoted the production of renewable energy here at home.

The strategy, however, might make reducing emissions far more expensive when it comes to solar power.

According to a landmark study in Nature in Nature, switching away from Chinese-made solar sources in favor of American producers may make it “difficult or impossible” for the United States to meet the Paris climate targets.

The analysis brings up the question of whether initiatives meant to promote domestic manufacturing might reduce the impact of climate law. Additionally, it occurs at a time when concerns about American policy on alleged human rights violations in the important solar industry hub of Xinjiang, China, are mounting.

A panel’s average price might increase by 20 to 25% by 2030 if three major nations—the United States, China, and Germany—impose “tight nationalistic” policies for solar energy, the report claims.

According to the study’s lead author, John Helveston, an assistant professor at George Washington University states that if we’re serious about combating climate change, authorities must put in place measures that encourage cooperation across global value chains when it comes to scaling up low-carbon energy technology. The analysis is the first to evaluate the cost savings of a globalized value chain for the solar industry, claim the researchers.

Researchers from Europe estimated that in 2021, China produced about 78% of the solar panels and cells used worldwide. China’s market share increases even further for some precursor components, reaching the 90th percentile.

As per the study, it is an impact of the “free flow” of Western resources into China, including funding for startups, partnerships with Chinese researchers, and cutting-edge lab-scale technologies.

Federal officials are currently considering new tariffs on Chinese solar imports, an approach they have sporadically used over the past ten years to promote domestic manufacturing. The Nature research team also looked at concepts highlighted under Biden, like using the Defense Production Act to secure contracts for locally produced solar technology. The study also looked at the impact of regulations on international research and development as well as obstacles to international investment.

According to the authors, if the U.S. and other nations implemented similar policies, it might result in slower “learning processes,” considering how the solar business learns from experience to sell power more affordably while utilizing better technology.

In an email, Helveston made the observation that placing limitations on their use in the U.S. could risk further cost decreases for these essential components, which the world needs.

The data hold true for electric vehicles, wind energy, and other low-carbon energy sources, according to the authors. In order to comply with the Paris Agreement’s deadline of 2050, authorities must “recognize that these ambitions may be difficult or impossible to fulfill without international low-carbon supply chains,” the report stated.

Some proponents of made-in-America solar policies, however, criticized the study’s methodologies. Todd Tucker, director of industrial policy and trade at the Roosevelt Institute, said the analysis is incorrect in portraying two types of markets — global and national — as diametrically opposed.

They “create a fairly dramatic contrast between two states of the world that just aren’t realistic of reality,” according to his statement.

By doing this, Tucker continued, the authors were eliminating “intermediate options” like diversifying the global solar manufacturing base while continuing to import goods from all around the world, particularly from nations seen as more benevolent to the United States.

According to calculations, the Inflation Reduction Act would help the United States achieve its Paris commitments by nearly two-thirds (Climatewire, Aug. 11). A few months ago, Tucker added, when the likelihood of substantial climate policies passing seemed low, “this [study’s] argument would have been a bit more persuasive.”

According to Becca Jones-Albertus, director of DOE’s Solar Energy Technologies Office, by doing this, “economic activity is generated, technical expertise is increased, shipping and logistics are streamlined, and supply chain instability is decreased.”

Contrarily, she warned, continuing to rely on imported solar products runs the danger of “exposing the country to supply chain vulnerabilities while at the same time missing out on an opportunity to enhance the number of well-paying employment that comes from the energy transition.”

The dominance of Chinese solar manufacturers has already impacted the cost of panels in the United States and other nations.

The authors of the Nature study came to the conclusion that this allowed American solar companies to save $36 billion between 2008 and 2020. According to the analysis, American corporations would have had to pay more than twice as much for solar modules if local manufacturers had been protected in China, Germany, and the U.S.

However, the solar industry’s close ties to China may be about to loosen: China’s industrial might has been viewed as a threat by the Biden administration and both congressional parties.

Republicans have used the industry’s ties to China, namely forced labor programs that compel Uyghur detainees into employment at solar equipment companies, as a line of attack against the administration’s renewable energy goals (Energywire, Oct. 5).

Since the summer of 2021, the Biden administration has increased customs enforcement, placing one Chinese solar producer on the blacklist and seizing shipments of panels thought to have connections to networks of forced labor.

However, it has also frequently highlighted American solar manufacturing as a source of environmentally friendly jobs for citizens and a way to safeguard the nation’s energy security from geopolitical turbulence. The authors of the report blasted the government for supporting or exploring a significantly broader range of made-in-America policies.

For instance, on September 15, Biden issued an order directing a special committee of trade authorities to examine whether foreign companies’ involvement in domestic clean energy would endanger national security. According to Gang He, a research co-author and assistant professor in the Department of Technology and Society at Stony Brook University, that is an example of something that “would create hurdles to cross-border investment” required to scale up solar.

According to Michael Davidson, a study co-author and assistant professor at the School of Global Policy and Strategy at the University of California, San Diego, new levies on solar imports may also have a detrimental impact on costs. With a preliminary decision likely in late November, the Commerce Department is considering imposing new tariffs on solar cells and panels originating from four Southeast Asian nations. The departments of Treasury and Commerce declined to comment on this story.

According to Tucker of the Roosevelt Institute, previous iterations of solar tariffs provided flexibility for developers through carve-outs and loopholes.

I’m not too concerned about the solar deployment industry’s requirement for imports to achieve its objectives, he added. Politicians are aware that they must walk while also chewing gum.

Will the climate law be effective?

The Solar Energy Industries Association, a trade association, dominated by developers, has battled vehemently against increased import duties, claiming that they will impede the expansion of installations.

However, the group has praised the Inflation Reduction Act’s new incentives for American solar manufacturers, including the country’s first production tax credits for makers of panels, cells, and a wide range of panel components. According to SEIA, the credits may kick-start up to 50 gigawatts of new manufacturing capacity for American-made solar products. That sum would more than multiply present output levels by many (Energywire, Aug. 19).

In response to the Nature report, John Smirnow, vice president of market strategy and general counsel at SEIA, said it was “absolutely conceivable” to establish “balanced solar supply chains… without the kind of cost hikes that would undermine the world’s climate objectives.”

“There is no doubt that a more robust U.S. solar supply chain would offer our nation a yardstick of the world’s energy and financial stability, but there will always be a role for a moral global low-carbon solar supply chain, he said in a statement.

The Nature study team was generally in favor of the tax credit regulations for solar, including for manufacturing, under the climate law. According to Davidson of U.C. San Diego, “some of the cornerstones of China’s solar business success” may be seen in the incentives.

However, he and his co-authors had less favorable opinions of laws that grant tax breaks to solar energy developers and electric vehicle producers that employ a specific amount of American-made goods. These E.V. requirements, according to Davidson, are “difficult,” she wrote in an email to E&E News.

According to Jones-Albertus from the Energy Department, the climate law has spurred investments worth billions in new U.S. solar factories, “proving the growing excitement” for home manufacturing.

She asserted that the law’s tax credits would enable American firms to offer modules and parts atenough of a discount to compete with imports.

According to Jones-Albertus, as a result, “solar supply chains will be expanded without increasing customer expenses to acquire U.S.-made solar modules.”