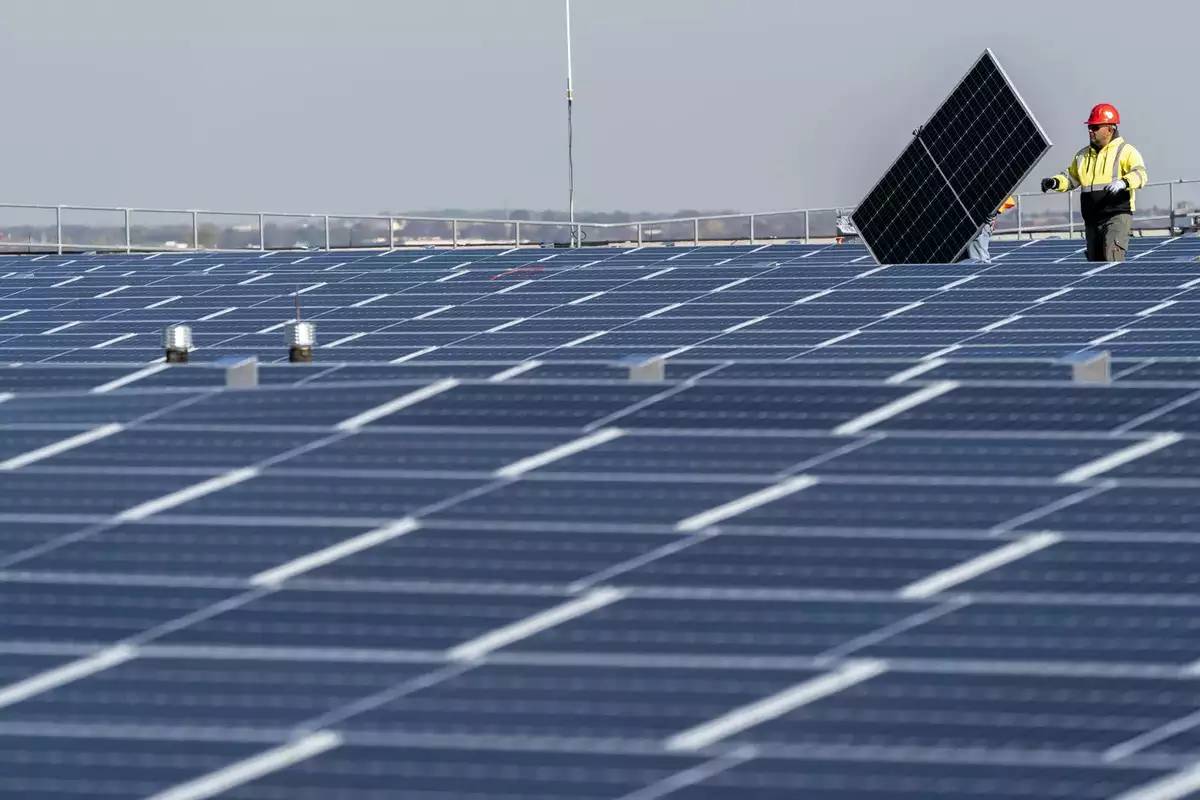 Federal funding targeted toward low-income households could help prevent future blackouts, but some doubt they will ever receive the money.

If Congress approves the Biden administration’s request from last month, Puerto Rico will receive $3 billion for rooftop solar energy and battery storage, which it greatly needs.

After a series of devastating hurricanes hit the archipelago, the electricity grid was severely damaged and caused repeated blackouts. Only months after Hurricane Irma narrowly missed the main island of Puerto Rico, another hurricane, Maria, hit and killed over 4,000 people. The damage to Puerto Rico’s grid was so massive that it took 11 months for power to be fully restored.

U.S. officials and Puerto Rican activists agree that supplying homes with solar energy systems will give residents a reliable power source during the increasingly severe storms sure to affect the Caribbean region in the coming years. Puerto Rico’s energy grid is criticized for its unreliability, leaving the infrastructure especially vulnerable to storm damage.

Many Puerto Rican households are choosing to install solar panels on their rooftops. However, the majority still rely on electricity generated from the central power grid of the city or diesel-powered generators. Although generators produce air pollution and are expensive to maintain, they are necessary for those without access to solar energy.

Not only are the costs and environmental considerations surrounding fossil fuels high, but electricity blackouts like the ones in Puerto Rico illustrate how devastating a public health crisis can become when compounded by unsafe living conditions. After Hurricane Maria, researchers estimated that mortality rates increased by 62 percent.

Residents of isolated and mountainous regions were particularly vulnerable following the hurricane, as they lacked access to water and medical care. However, the lack of electricity in homes is likely the leading factor in such a high death toll. Without power, residents can’t boil water to make it safe, refrigerate food and medicine properly, or use air-conditioning—all of which contribute to an increased risk of illness and death.

Solar panels and batteries saved many homeowners from complete power outages after Hurricane Fiona struck in September 2022. Although solar energy is a viable option for Puerto Rico’s households, most families cannot afford to switch to solar power without federal financial assistance. A majority of Puerto Rico’s census tracts are classified as disadvantaged typically because of high energy costs and low household incomes. In fact, Puerto Ricans have some of the highest energy bills in America.

The average cost of solar panel installation in San Juan, Puerto Rico, is $12,000. That might not sound like much to those living in the mainland United States where the median household income is around $60,000 annually, but most Puerto Ricans only make about $21,000 a year. Consequently, many cannot afford this luxury.

Additionally, Puerto Rico is considered an ideal place for widespread solar power adoption due to its location. Prior to Hurricane Maria in 2017, many households on the island installed solar panels primarily to lower their electricity bills. Now, after the devastation of the hurricane, simply having access to power has become just as important a motivation.

A study released in 2021 by the National Renewable Energy Laboratory showed that if Puerto Rico switched to rooftop solar energy, it would produce more energy than they currently consume annually. This potential is because Puerto Rico gets a lot of sunlight exposure throughout the year.

Some Puerto Ricans think it’s a good idea to use the money to install solar panels on rooftops, but others aren’t sure if this will lead to positive change. Arturo Massol Deyá, the executive director of Casa Pueblo, stated that the U.S. government had promised many financial allocations to Maria victims. Still, none of them arrived or had any visible impact on everyday life there.

Massol Deyá stated that Casa Pueblo and other groups are trying to create an independent electricity grid focused on solar energy projects. Local communities in Puerto Rico would manage these projects. “We’re on a mission to break the dependency model,” he said.