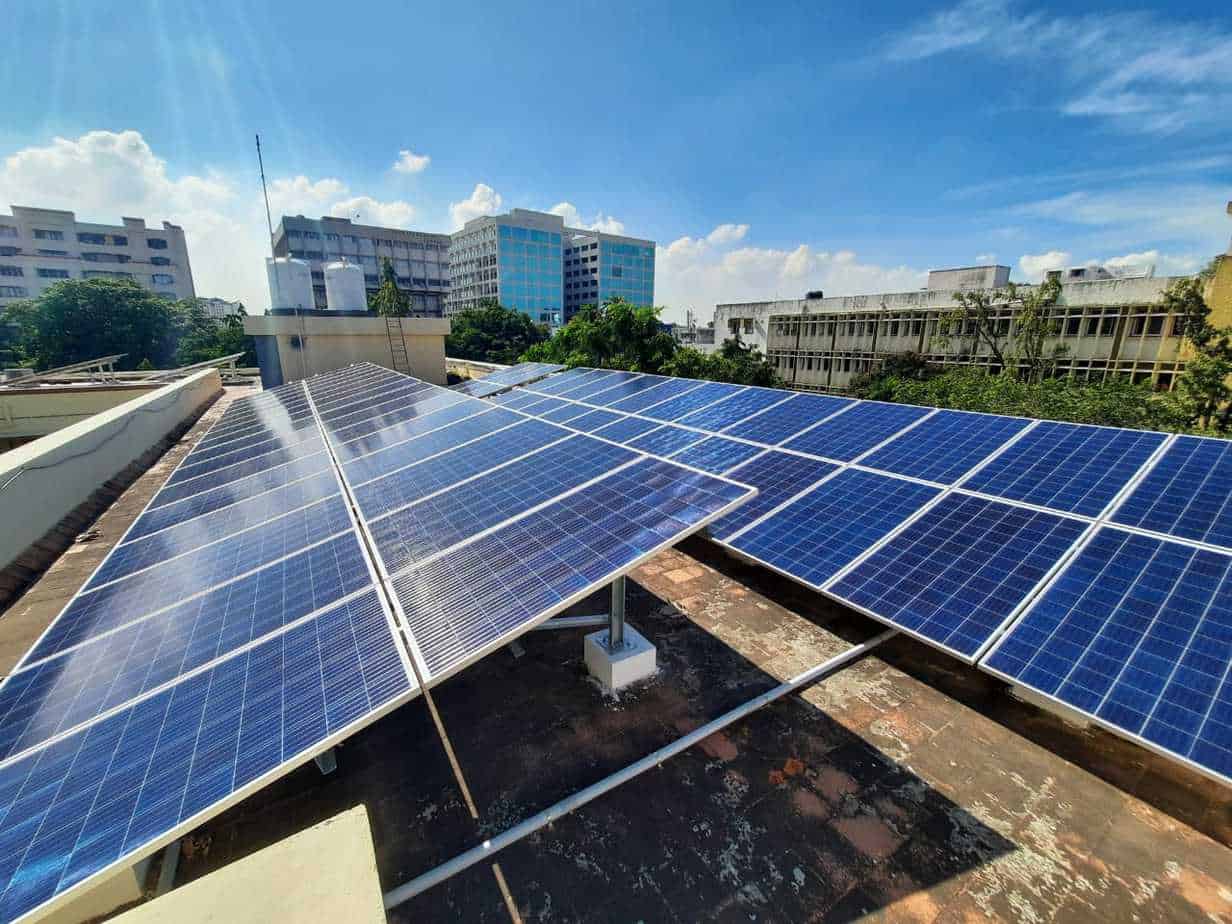 Last week, the Bowling Green City Council was sharply divided over an ordinance that would have given rebates to homeowners with solar systems generating power for the city’s electric grid. Those against the ordinance argued it would weaken the city’s Board of Public Utilities. The following council members voted against it: Nick Rubando, Joel O’Dorisio, Greg Robinette, and Council President Mark Hollenbaugh. The following council members voted for the proposal: Jeff Dennis, Bill Herald, and Rachel Phipps.

Solar power has been a touchy issue in recent years; in 2021, the Board of Public Utilities caused controversy when they started charging a fee to homeowners who used rooftop solar panels connected to the grid. City officials defended it and called it a reasonable solar fee, but rooftop solar users considered it an unfair fine.

Some residents with rooftop solar panels are concerned that the new fee will discourage others from installing them. They believe the policy is damaging Bowling Green’s “green” image. Although the board of public utilities set the ordinance, Herald noted that the rebates would not hurt them.

However, Barian O’Connell explained that the fee is necessary to guarantee other electric users in the city aren’t financing those who opt to install rooftop solar panels. According to O’Connell, the city’s electric rates rely on customers who purchase their energy from within the city limits. A smaller percentage of those rates is based on fixed costs for items such as transformers and switches – all of which are necessary for homes with rooftop solar panels. He said that the shift to solar power wouldn’t affect fixed costs. He said that the city refunded people for the additional energy their rooftop solar systems produce. This power goes towards the city’s grid to be used by others. Without this fee, homeowners with solar would be getting revenue from other customers.

Herald proposed a rebate system to encourage rooftop solar, believing it would incentivize renewable energy while taking care of Board concerns about electric costs fairness for all customers. Herald explained that the ordinance does not waive the fee for using the facilities; in fact, it does quite the opposite.

According to the proposed “Residential Renewable Resource” ordinance, if Bowling Green residents install rooftop solar systems and connect them to the city’s grid, they will be rewarded with a one-time $1,000 payment from the city. The purpose is to encourage and help with the first-time installation of a rooftop solar system or other types of green energy generation. The law states that it would benefit the electric grid if many citizens adopted renewable energy sources. “This is like a test project. Let’s see how it goes,” Herald mentioned.

However, Mayor Mike Aspacher specified that the legislation would undermine the Board of Public Utilities’ power.

The city administration said in a letter to City Council that the proposed legislation attempts to reverse the BPU’s rooftop solar policy. The letter further stated that the policy, which charges customers a nominal fee, was enacted to help cover the service cost for the electrical infrastructure. This way, people who don’t generate electricity wouldn’t have to subsidize those who do. The legislation, if adopted, would subvert the power of the BPU. The BPU was created to be independent without political interference to ensure the utilities ran fairly.

The funding for the rebate is also a controversial topic. It could come from the city’s income tax, meaning that citizens are being paid for their choices, raising questions of equality among city electric customers. Or the rebate funds could come from utility accounts, which is an overreach by City Council, according to the mayor. He also stated that “it weakens the Board of Public utility power,”

Jeff Dennis, a council member, has an alternate view of the legislation. “I have talked to many people who agree that we should give extra money to companies that make energy from things like water and wind,” Dennis said. He disagreed with the administration’s opinion for two reasons: he did not think that the City Council had the power to pass this policy, and also thought that their argument that this law weakens the board of public utilities was not good. Dennis said he doesn’t think the legislation does what many people are accusing it of. Instead, he views it as an elected official responding to concerns brought up by constituents and trying to create a new program that encourages behavior that most people agree is good.

Rubando stated that the city council should function together with the administration to locate other methods of enforcing diversity on its grid. “What you’re doing is admirable,” Rubando told Herald. “But, we should listen to the advice of our leaders,” he said.

Hollenbaugh wondered aloud if it was a good use of public funds to provide rebates. He continued by saying that some have claimed there’s an inconsistency of income,” and the rebates would give tax money to residents who can afford to invest in solar power.

O’Connell has put more emphasis on Bowling Green making a large effort to switch to solar energy, seen through their largest municipal-owned solar field in the state, situated in the east of the city. “Although we support renewable energy, there’s also a responsibility to financially keep the system operational,” he expressed. He stated that the city is happy to credit those with rooftop solar for the surplus energy they generate during peak hours. We understand that there is value in that.

O’Connell stated that if those with solar panels on their roofs don’t pay the fee, the other customers will have to make up for it. This is unfair; their responsibility is to determine what is fair across all customer classes. Our priority is ensuring our customers feel valued and treated equally and fairly.

Out of the 40% green energy used in Bowling Green, Ohio, dedicated to renewable resources, 34% comes from hydroelectricity, 5% from solar panels, and 1% from wind turbines.

“We aren’t trying to discourage people,” the mayor said. While they respect these homeowners, O’Connell’s job is to ensure that the electric system provides reliable and safe electricity for all customers.

“Our mission is to recuperate the costs,” O’Connell stated.