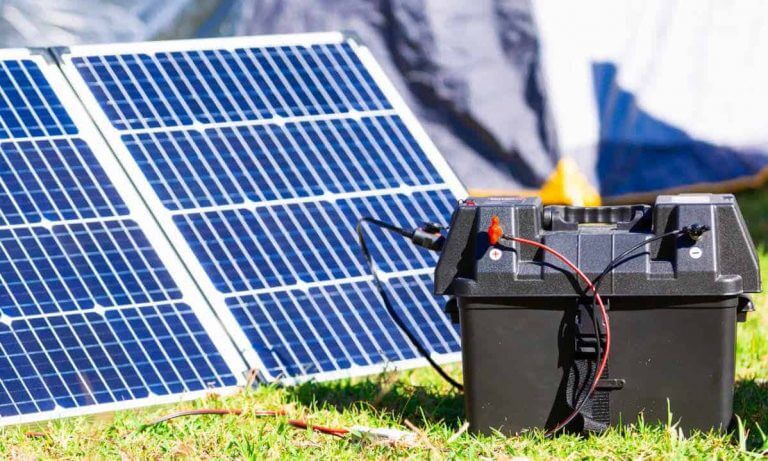 Solar batteries have seen a significant increase in demand from both homeowners and businesses over the last several decades, as reported by the Solar Energy Industries Association. The main reasons for this uptick are due to grid unreliability and current methods of electricity generation harming our environment.

If you want to use solar energy as efficiently as possible, you need a good battery to go with it. Luckily, you’ve come to the right place. With this comprehensive solar battery buying guide, you can be sure that you’re getting maximum value for your money.

What is a Solar Battery?

Things to Look for in a Solar Battery ?

The capacity of a solar battery is the total amount of electricity it can store, and it’s measured in kilowatt-hours (kWh) or ampere hours(Ah). Get batteries that are stackable so you can use multiple ones with your solar storage system for increased capacity.

Another key metric is power rating, which tells you how much electricity the battery can deliver at one time. Measured in kW, a high-power rated battery with low capacity could theoretically run your entire home for a few hours. On the other hand, if you choose a solar battery with low power and high capacity, it would be able to run only several appliances over an extended period of time.

DoD, or depth of discharge, is the measurement of how much capacity your battery has. All solar batteries need to maintain some charge at all times in order for optimal performance, which is why manufacturers specify a DoD. An example: if the manufacturer promises a 90 percent depth of discharge on a 10 kWh battery, that means you can only use 9 kWh before having to recharge it. Therefore, look for a batter with an increased DoD .

Choosing a solar battery from a manufacturer who offers the best warranty is crucial. A solar battery’s warranty is usually expressed with either the number of charging and discharging cycles it can go through or how many years it will last. In other words, how long your solar battery lasts depends on both the brand and its capacity to hold charge over time.

Out of the three main types of batteries, which one will benefit you most? We’ll go through each type and figure it out based on their pros and cons.

What is solar battery storage?

Solar battery storage is a way of storing energy generated by solar panels for use at a later time. This can be done by using a rechargeable battery or an energy storage system, such as a Powerwall. Storing the energy produced by your solar panels allows you to use the energy when you need it, instead of having to rely on the grid.

How much does solar battery storage cost?

What types of batteries are used for solar battery storage?

The lifespan of a solar battery storage system will depend on the type of battery used. Lead acid batteries typically last between 3 and 7 years, while lithium-ion batteries can last up to 10 years or more with proper maintenance.

Yes, solar battery storage systems are generally considered safe when installed properly and maintained regularly. However, it’s important to remember that all batteries contain chemicals that can be hazardous if not handled appropriately. Be sure to follow the manufacturer’s instructions when installing and maintaining your solar battery storage system to ensure your safety.