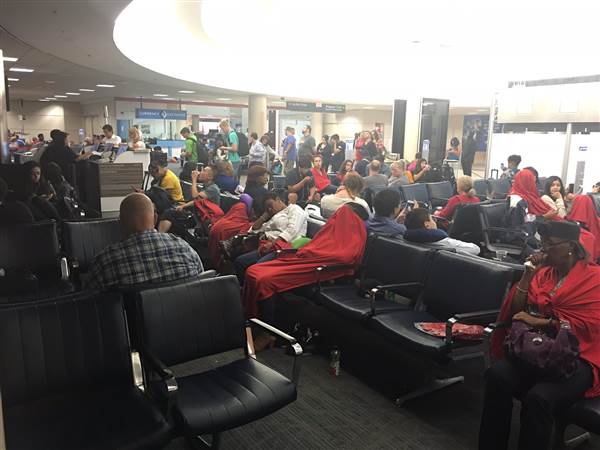 “Our systems are down everywhere,” Delta told tens of thousands of stranded passengers Monday after a power outage at their Atlanta headquarters wreaked havoc on their reservations and ticketing system worldwide.

The power outage lasted less than six hours, mostly in the middle of the night.  It started at 2:38am and by 8:30am power was restored.  Even after thousands of travelers spent the night at airports, most flights remained grounded as Delta tries to recover from subsequent computer failures.

The costly global meltdown could have been avoided with a simple microgrid, as many other companies have realized.  Microgrids are often built for environmental or daily economical reasons, but avoiding this costly outage alone would have justified a resilience microgrid at Delta’s Atlanta headquarters.

The power outage seems to be caused by a storm system resulting in rain and flooding much of Georgia.

Extreme weather is a growing problem for all electric customers and utilities.  The biggest physical threat to the grid is extreme weather events. Despite efforts to ‘harden’ the grid, the share of power outages caused by extreme weather is on the rise.  Extreme weather is becoming the new normal, as extra heat makes storms more powerful and increases the amount of water vapor the atmosphere can hold.

Renewable energy microgrids address both the causes and impact of climate change by reducing CO2 and increasing resilience to power outages for critical infrastructure.