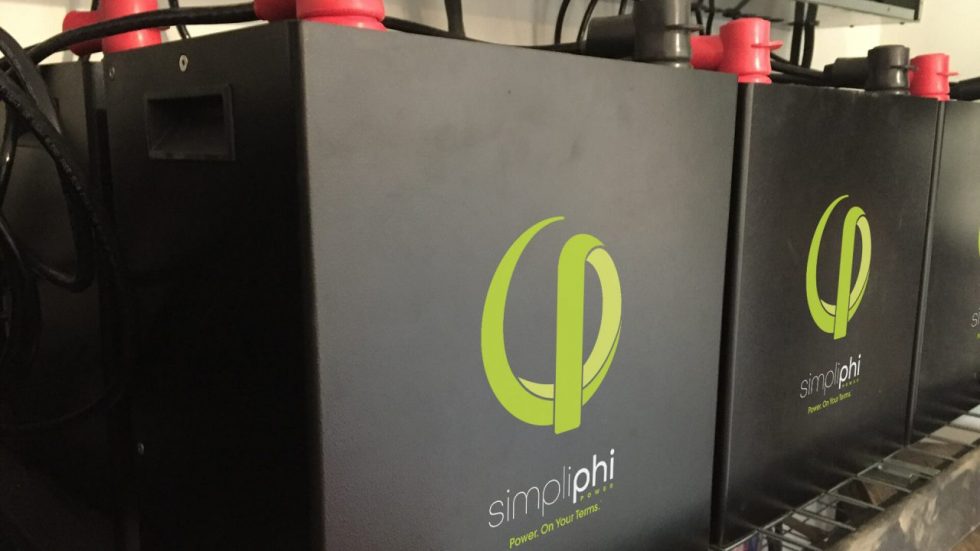 Statistics can be misleading. According to those published on Index Mundi, 100 percent of Americans have access to grid electricity. That’s not the case.

As might be expected, the vast majority of those that lack grid access are located in remote, isolated places where the cost of extending grid infrastructure has been deemed prohibitively expensive. A growing number of them are turning to solar PV coupled with Li-ion battery-based energy storage and management systems (LiBESS) to meet their energy needs. In addition, a growing number with grid service have installed solar PV, and more recently LiBESS, to cut their electric bills, reduce environmental pollution and be partly or wholly energy self-reliant.

Located in Ventura County about an hour’s drive northwest of Los Angeles, Ojai, California-based SimpliPhi Power has been in the LiBESS business since 2002. With roots in the film and television industry, SimpliPhi, which was originally known as the LibertyPak Co., has built an enviable reputation for itself and its award-winning LiBESS, which are being used to support an expanding number and range of customers, among them the Dept. of Defense (DOD), Whole Foods Market, Airbnb and Polebridge Mercantile & Cabins, an off-grid business located on the western edge of Glacier National Park, 45 miles from the nearest utility grid.

Energy Poverty in the U.S.

Many of the U.S. communities that lack access to grid power can be found on Native American tribal lands. The latest, though outdated, assessment by the U.S. Energy Information Administration (EIA) pegs the percentage of Native American households on tribal lands without grid acceess at 14 percent – 10 times the national average, Laurie Guevara Stone reported for RMI Outlet in 2014. That rises to 40 percent on the Pine Ridge Reservation in South Dakota, home to the Oglala Lakota. Pine Ridge is also where the Dakota Access Pipeline protests originated.

“Native American reservations are often referred to as the ‘Third World’ of the United States. For the over one million Native Americans living on reservations today, life expectancy is low and job opportunities scarce. Yet some Native American tribes are embracing renewable energy technologies as a way to access reliable electricity, bring in much needed income, and create jobs,” Guevara-Stone wrote.

That includes Native Americans living on Navajo Nation land on the borderlands of Arizona, New Mexico and Utah, where the Navajo Tribal Utility Authority (NTUA) has installed more than 200 small scale solar-battery storage systems to date.

They certainly aren’t alone. Growing numbers of U.S. residents, communities, businesses, as well as governments, public services institutions and utilities, are turning to the combination of local renewable energy and energy storage technology. Fueling growth are ongoing declines in costs and successful lobbying by utilities and fossil fuel industry sources to roll back or eliminate net metering tariffs, which improves the economics of adding battery storage to solar PV installations.

A Banner Year for U.S. Solar and Energy Storage 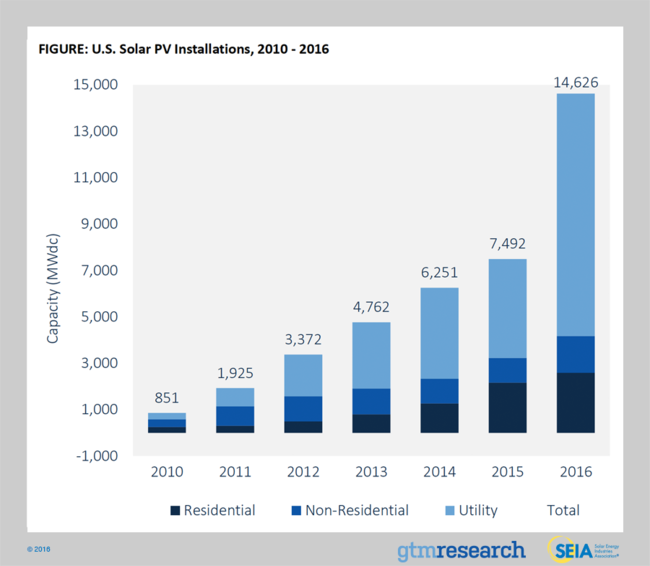 Turning to U.S. energy storage in 2016, deployments doubled in terms of energy, rising to 336-MWh year-to-year, according to the GTM Research-Energy Storage Association’s “U.S Energy Storage Monitor 2016 Year in Review.”  More than 230-MWh went live in 4Q, more than that for the previous 12 quarters combined.

Market data like that must be music to the ears of pioneering U.S. battery-based energy storage systems developers, such as SimpliPhi, the seeds of which were planted back in 2001 by founder, now CTO Stuart Lennox. 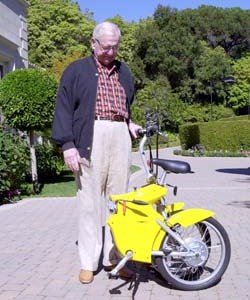 Lennox was so impressed by the battery in the folding Lee Iacocca e-bike he found and used on a film set that he took out a home loan and ordered six prototypes built to his specifications so that he could use them to power the 35MM movie cameras and portable lighting equipment he used as a TV and film production designer.

Lennox’s colleagues in the film and television industry were impressed, word spread and his portable battery packs and belts were taken up by the likes of James Cameron (Avatar, Tron Legacy) and director of photography Roger Deakins (Skyfall, True Grit, No Country for Old Men, Jarhead and others).

Seeing promise in the off-grid power market, Lennox launched LibertyPak in 2002 and began scaling up, adding to and refining the battery storage tech he created, a process that continues today. That included developing proprietary battery-storage management technology for the lithium-cobalt (LiCo) batteries the company used until 2007, when, for reasons of safety, efficiency, lifecycle and economics, LibertyPak switched to lithium-ferrous phosphate (LFP) batteries.

In 2010, Lennox found a business partner in Catherine Von Burg, who is now SimpliPhi’s president and CEO. The two embarked on development of Simpliphi’s Optimaized Energy Storage (OES) product line, as well as a search for new applications, markets and customers. “Our drive was to bring the same power security and energy resiliency the film and television industry was enjoying to the residential and commercial markets,” Von Burg recounts on the company website.

“Whether on or off grid, people were expressing a desire to have more control of their own power, either for back-up security, peak-shaving, load shifting or the resultant cost saving benefits from all the functions that efficient and safe energy storage afforded. Yet, we knew we had to keep things simple and user friendly. So we ensured our OES line was lightweight, non-toxic, maintenance-free and provided seamless integration with renewable power sources in conjunction with or independent of the grid.”

Since then, SimpliPhi has improved and scaled up its LiBESS to support larger, mid-scale applications while at the same time maintaining its focus on its original market base: designing, manufacturing and deploying off-grid battery-based energy storage and management systems for residents, businesses and others living and/or working in remote, off-grid locations. 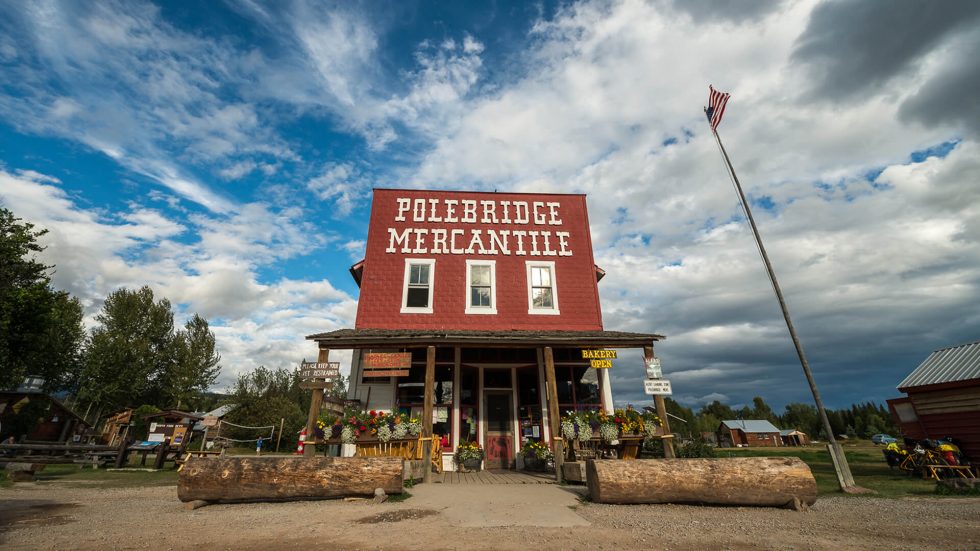 Perhaps even more impressive, the Dept. of Defense informed management that the failure rate related to use of SimpliPhi LiBESS by expeditionary forces worldwide over six years amounted to zero.

Looking ahead to further growth, SimpliPhi is expanding its manufacturing capacity and operations. Supporting this, management cut prices 30 percent over the past two years and obtained UL certification for its PHI3.4-kWh 24V and 4.48V batteries last year.