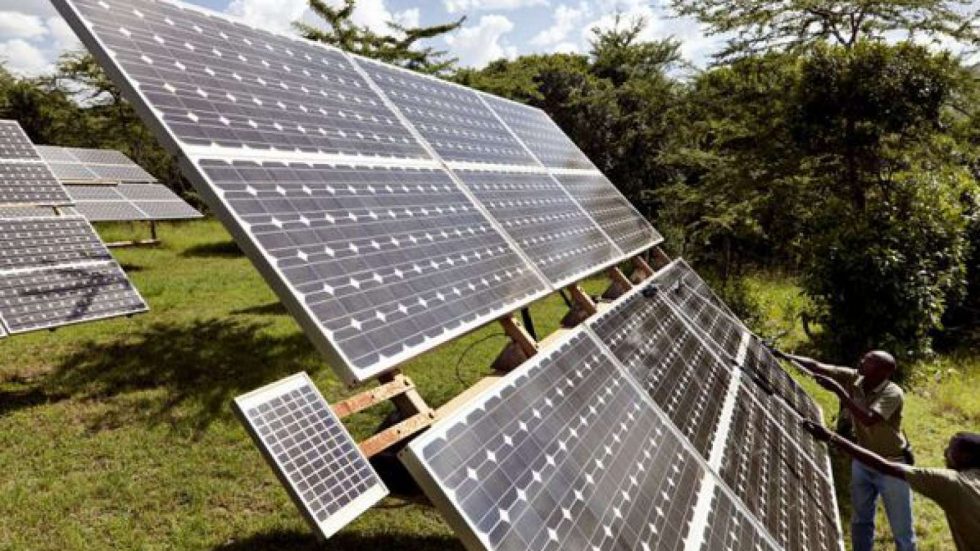 Small enough to be deemed insignificant by conventional power market and investment standards, off-grid solar-storage mini- and microgrids now account for a significant and still growing share of electrification taking place in a diverse range of populous countries around the world – from Peru, Pakistan and Yemen to island nations including the Dominican Republic, Samoa, Fiji and Indonesia.

Chinese PV manufacturers dominate the market for PV solar modules, accounting for 70 percent of global production. Illustrating how fast and far distributed local solar energy use has grown, imports by emerging economies accounted for one-third – 6.8 GWs worth — from 1Q-3Q 2016. That’s $3 billion worth in U.S. dollar terms, a year-over-year rise of 20 percent, BNEF highlights.

Pakistan and Nigeria have emerged among the largest off-grid solar-storage mini- and microgrid markets among emerging economies. Pakistani and Nigerian imports of PV solar modules from China totaled $276 million and $23 million, respectively, in 2016. That’s far more than needed for the two nations’ respective utility-scale solar PV project pipelines, according to BNEF. Furthermore, sales of integrated or plug-and-play solar kits were not included in the numbers.

Rooftop and solar-storage mini/microgrids are also taking root and growing across South Asian countries —Bangladesh, Nepal and India, as well as Pakistan.

On the supply side, battery energy storage companies are helping fuel development and growth of solar mini- and microgrid markets in emerging economies, particularly in Africa, which has emerged as a hotbed of activity.

Nonetheless, multilateral and national development agencies continue to provide the bulk of the capital mobile pay-go solar start-ups require, BNEF points out. The Asian Development Bank (ADB), for instance, announced it would extend loans totaling $1.1 billion or more to fund distributed energy initiatives in India, Pakistan and Sri Lanka, including $325 million for off-grid electrification in Pakistan,” according to the clean energy and tech market research specialist.

Energy and power market reform – most notably the institution of new regulations geared towards opening markets to competition from distributed local and self renewable power generation – continues to be a key driver for off-grid solar-storage mini- and microgrid growth, as well as efforts to achieve national and UN climate change and sustainable development goals (SDGs).

National solar, renewable energy and rural electrification policies and programs are another keystone for market development and growth.

Nigeria intends to reach 75 percent of the population via its rural electrification program. Government projections estimate that will require some $9 billion of investment and suggests that more than 10 million Nigerian homes will need to be connected to power grids of one form or another by 2020, BNEF highlights.

Part and parcel of Nigeria’s rural electrification strategy and draft regulations, distributed generation, specifically solar-storage mini- and microgrids, figure to play a big part. Able to obtain a copy of the National Electricity Regulatory Commission’s draft regulatory regime, BNEF’s bullet-point synopsis can serve as a model for other emerging, as well as industrially developed countries.

And focus on the following, BNEF summarizes: