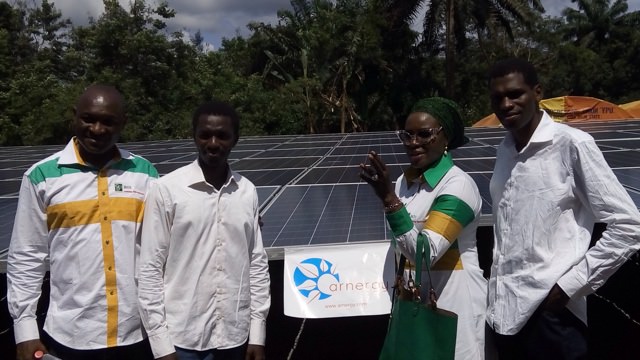 The most populous, and second-most densely populated, nation in Africa, Nigeria is fast coming to the fore as a mobile pay-go solar and solar-storage microgrid leader. Part and parcel of its Green Energy Project with the UN Development Program (UNDP), Nigeria’s Bank of Industry (BoI) on Jan. 19 launched a 1 billion nara (US$3.1 million) off-grid solar energy fund.

The bank will lend and/or invest the fund’s capital on favorable, concessionary terms to qualified businesses installing mobile pay-go and other forms of off-grid solar energy systems and services across the country, according to a news report.

More than half Nigeria’s population lack access to grid power – some 184 million people according to 2015 national statistics. In making Green Energy Project investment decisions, BoI will concentrate on financing projects carried out by micro, small and medium-sized Nigerian businesses that intend to provide home solar energy services in rural areas of the nation, where the large majority of those without grid access reside.

In February 2016, the GSMA Mobile for Development (M4D) Utilities program and Etisalat, with support from the U.K. government, released the first of a series of four reports in which researchers concluded that while the Nigerian market for off-grid solar solutions was in a nascent state of development, actions and investment via initiatives such as the joint IFC-World Bank Lighting Africa program were opening up opportunities for mobile network operators (MNOs) to launch mobile pay-go solar solutions in the country at scale.

UNDP joined with BoI to launch the bank’s Green Energy Project (aka Access to Renewable Energy) in 2011. In May 2016, the two partners announced the completion of a 24kW solar microgrid and home solar energy service for the rural, Edo State community of Obayantor 1. The N44 million project was financed at a concessionary interest rate of 7% over 15 years. 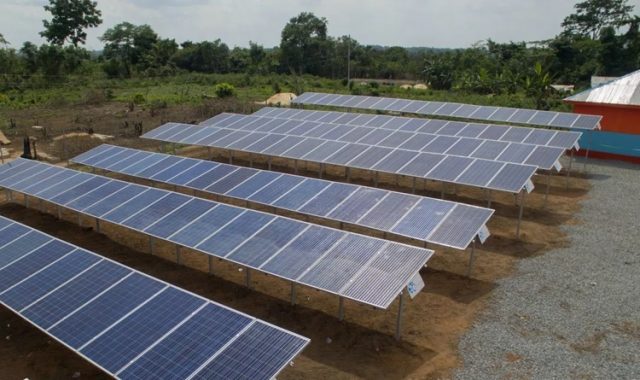 “We are all aware that power remains a major obstacle to growth in Nigeria, as inadequate and unreliable electricity undermines investment opportunity, economic growth, social and infrastructure developments,” Olanguju stated.

He also pointed out that central power generation, transmission and distribution cannot compete with cheap, reliable and emissions-free off-grid solar energy microgrids when it comes to delivering electricity to remote communities.

Speaking to the advantages and benefits of investing in off-grid solar as opposed to centralized, fossil fuel-fired power systems, Olanguju noted that electricity services typically account for around 40 percent of Nigerian businesses’ operating expenses. That can rise substantially if business owners and managers need to turn to conventional diesel fuel “gensets” for on-site back-up power generation.

“For Nigeria to therefore achieve sustainable and inclusive development, there is an urgent need to substantially increase the supply of modern and affordable energy services from sources that are affordable, accessible and environmentally friendly,” Olanguju was quoted as saying.