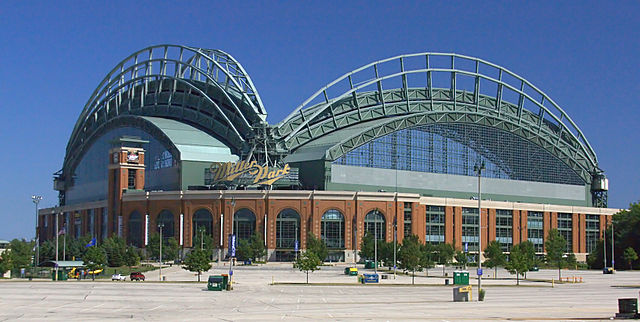 A new possible microgrid may help advance Wisconsin’s energy sector, while building the US midwest as a hotbed for microgrids.

According to the Milwaukee Journal Sentinel, both The Electric Power Research Institute and We Energies, are studying the feasibility of an industrial-scale microgrid for the Century City development project, located on the city’s east side.

Alan Perlstein, Chief Executive Officer of Mid-West Energy Consortium in Milwaukee, said the Century City project would provide a place for initial research testing, something Caterpillar noted was not possible while in Milwaukee before moving to its facility in Tucson, Arizona.

Perlstein also added this new industrial microgrid would provide them an area to experiment, and set up products, plus showcase Wisconsin’s energy as an emerging sector.

Milwaukee had a long history of being a center for producing engineering equipment for mining, hosting major companies including Harnischfeger, and Bucyrus International.

However, it has not been easy times for Milwaukee’s manufacturing equipment sector.  Caterpillar moved to Arizona. Japanese company Komatsu is purchasing Joy Capital, which was previously Harnischfeger.

Having a new industrial microgrid will provide new opportunities for the Milwaukee area in developing a new emerging cleantech industry. Erick Shambarger, of Milwaukee’s Environmental Office, said Century City’s vision of building an eco-industrial park, is a good match with Milwaukee advancing its energy sector.

Besides Wisconsin, other US Midwest states are joining the microgrid market.  ComEd in Illinois is developing several projects, including Rockford and Bronzeville.  In Minnesota, a Xcel Energy research grant will assist The University of St. Thomas in helping to build an onsite microgrid within the Twin Cities. Operations will begin in 2017. Also not to be outdone, A US National Guard base in Grand Forks, North Dakota is also putting in a microgrid and connect to a 3,600 solar panel system.

With global microgrid markets expected to reach near $35 billion by 2022, expect more projects blossom within the US Midwest from a wide variety of players, including utilities, government facilities, and educational institutions. These groups are looking to find new ways to meet 21st-century energy demands, develop energy resistance while hedging bets against increased extreme weather risks from climate change.

With Milwaukee now in the microgrid mix, along with Chicago and the Twin Cities playing roles in microgrid development, which major US Midwestern city will take the charge in this emerging industry? Only time will tell.