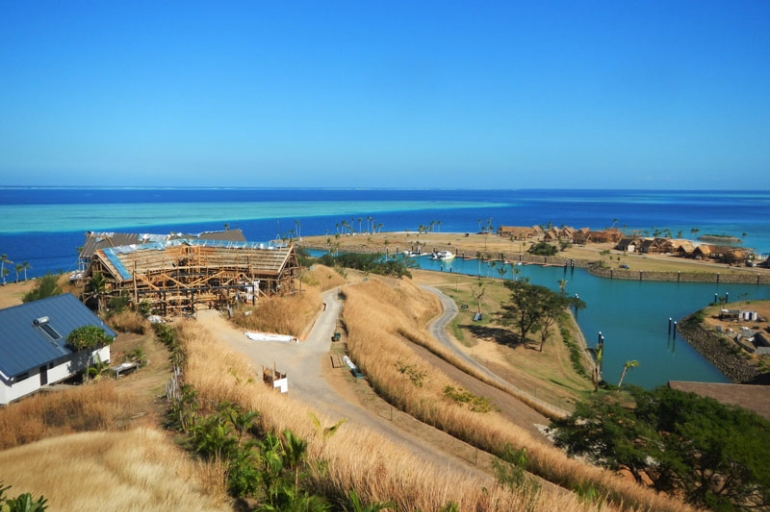 The new power system was installed at the Vunabaka Resort on the Mamanuca Group island of Malolo.  The luxury residential and resort development project includes a Six Senses luxury hotel.  The Fiji resort’s off-grid solar PV-energy storage mini-grid will be the largest off-grid solar PV mini-grid in the South Pacific when completed, according to a Fiji Sun news report.

Power Smart convinced the developers to pool all the buildings together into a microgrid with a central battery bank. Management explained what the advantages are: 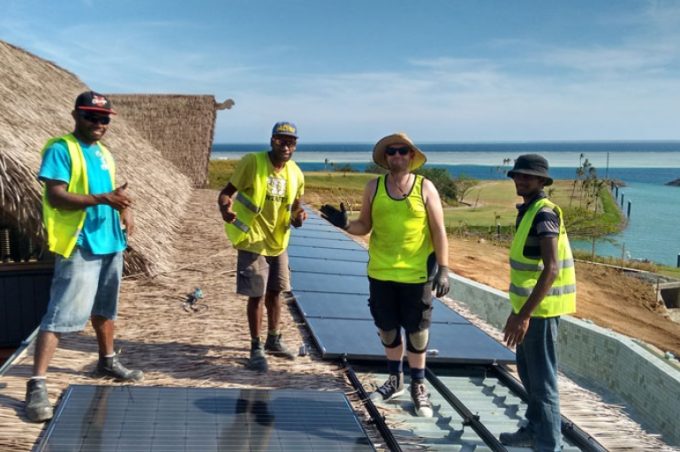 If all goes according to plan, the resort’s emissions-free mini-grid will have 1 MW of solar PV power capacity and 4 MWhs of energy storage capacity.

“Due to recent price drops in both solar PV and lithium ion batteries it is now cheaper to install a solar PV solution when compared to using diesel generators,” Power Smart director Dean Parchomchuk was quoted as saying during the SEANZ awards ceremony.

Also new in the South Pacific, is a larger solar PV-storage microgrid that has received a lot of attention. In the process of being acquired by Tesla, SolarCity recent made headlines when it announced it had completed installation of a solar PV-lithium ion battery-based energy storage project that will meet just about all the electricity needs – 24×7 – of the 600 permanent residents of the American Samoa island of T’au. 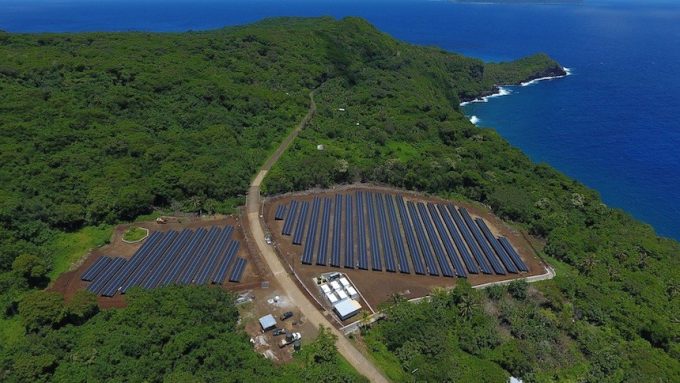 Financed by the American Samoa Economic Development Authority, the EPA and the U.S. Dept. of Interior, T’au’s solar-storage microgrid will elminiate the costs associated with importing more than 109,500 gallons of diesel per year, as well as all the associated pollution and environmental risks inherent in transporting, fuel combustion and power generation.

“Ta’u is not a postcard from the future, it’s a snapshot of what is possible right now,” SolarCity CEO Lyndon Rive said in a press statement.

“Renewable power is an economical, practical solution for a growing number of locations and energy needs, and islands that have traditionally relied on fossil fuels can easily transition to microgrids powered by solar and storage today.”