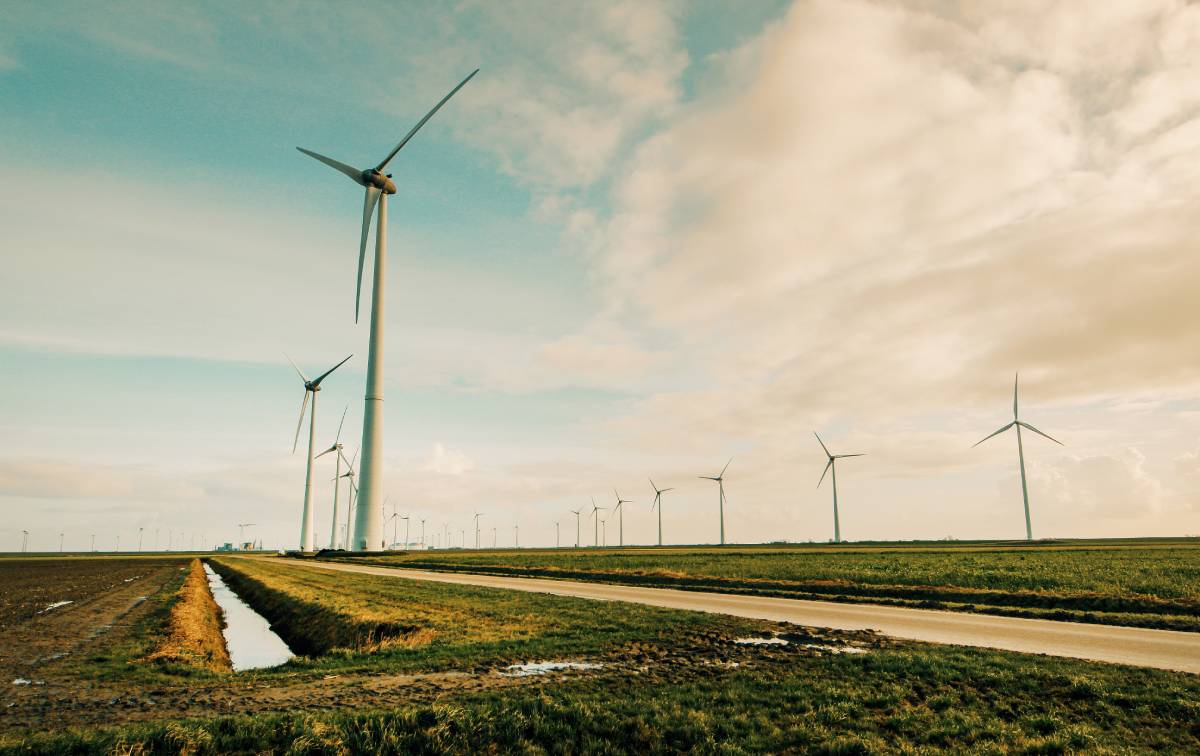 Wind power is a form of renewable energy that uses wind turbines to convert kinetic energy from the wind into electrical energy. Wind power has been around for centuries, and it is becoming an increasingly popular source of energy due to its environmental benefits and cost-effectiveness. In this article, we will explore how wind power works, the different technologies used to harness its power and some of the real-life applications of this renewable resource. We will also take a look at the cost of using wind power and some of the latest advancements in the industry. Finally, we will discuss the future of wind energy and answer some common questions about this form of renewable power.

What is Wind Power?

Wind power is a renewable energy source that has been used for centuries. Unlike fossil fuels, which are finite resources that will eventually be depleted, wind is a renewable resource that can be harnessed to generate electricity. Wind turbines work by converting the kinetic energy of the wind into electrical energy. The wind turns the blades of the turbine, which in turn spins a generator to produce electricity.

Wind power is a clean and emissions-free form of energy, making it an attractive option for those concerned about the environment. In addition, wind power is a very efficient form of energy, with modern turbines able to convert up to 90% of the wind’s energy into electricity. With the cost of wind power falling sharply in recent years, it is now one of the most competitive forms of renewable energy on the market.

How is Wind Power being Harnessed?

The technology used to harness the power of the wind has evolved significantly over the years. The first windmills were used to pump water or grind grain, and they were powered by sails that caught the wind and turned the blades of the mill. Today, wind turbines are used to generate electricity, and they are much more efficient than early windmills.

The most common type of wind turbine is the horizontal-axis turbine, which has blades that are perpendicular to the ground. These turbines can be either onshore or offshore, and they are usually mounted on a tower to increase their height and exposure to the wind. Offshore turbines are typically larger than onshore turbines and can generate more electricity, but they are also more expensive to build and maintain.

The size of wind turbines varies depending on their type, with offshore turbines being the largest. The blades of a turbine can also be different sizes, with longer blades able to capture more wind energy. The average length of a turbine blade is around 50 meters (160 feet), but some blades can be up to 80 meters (260 feet) long.

The capacity of a wind turbine is measured in megawatts (MW), and the largest turbines have a capacity of around 10 MW. The average turbine has a capacity of 2-3 MW, which is enough to power around 1,000 homes.

Wind power is being used around the world to generate electricity, and it is a particularly popular form of renewable energy in Europe. Germany is the leading country for wind energy, with over 30% of its electricity coming from wind turbines. Other countries that have significant amounts of wind power include Spain, the United Kingdom, and Denmark.

In the United States, wind power is the fastest-growing form of renewable energy. The first commercial wind farm was built in California in 1981, and today there are over 7,000 wind turbines operating in the United States. The majority of these turbines are located in the Midwest and Great Plains, where the wind is strongest.

Wind power is also being used to power boats and vehicles. The world’s first wind-powered boat was built in the United Kingdom in 2010, and there are now several wind-powered ferries operating around the world. A handful of companies are also experimenting with wind-powered cars, although these vehicles are not yet commercially available.

Latest Advancements in the Wind Industry

The wind industry is constantly evolving, and new technologies are being developed to make turbines more efficient and reduce their impact on the environment.

One of the latest advancements in the wind industry is the development of floating turbines. These turbines are anchored to the seabed and can be located in deep water, where the wind is stronger. Floating turbines are still in the early stages of development, but they have the potential to greatly increase the amount of offshore wind power that can be generated.

Another area of research is focused on developing turbines that can capture wind energy at higher altitudes. These so-called high-altitude wind turbines are tethered to the ground and can reach heights of up to 20 kilometers (12 miles). High-altitude wind power is still in the early stages of development, but it has the potential to be a major source of renewable energy in the future.

The future of wind energy is bright, and the industry is expected to continue to grow in the coming years. The cost of wind power is expected to fall even further, making it an increasingly competitive option for businesses and households.

Offshore wind power is also expected to play a major role in the future of wind energy. The first offshore wind farm was built in the United Kingdom in 2000, and there are now over 100 offshore wind farms around the world. The majority of these farms are located in Europe, but they are also being built in Asia and the United States.

The growth of the wind energy industry is also expected to create jobs. The International Renewable Energy Agency (IRENA) estimates that the wind energy sector could create up to 7 million jobs worldwide by 2050.

Wind power is a clean, renewable source of energy that is becoming increasingly popular around the world. Wind turbines convert the kinetic energy of the wind into electricity, and they can be used to power homes, businesses, and even vehicles. The cost of wind power has fallen sharply in recent years, making it one of the most competitive forms of renewable energy on the market. The wind energy industry is expected to continue to grow in the coming years, creating jobs and powering homes and businesses around the world.