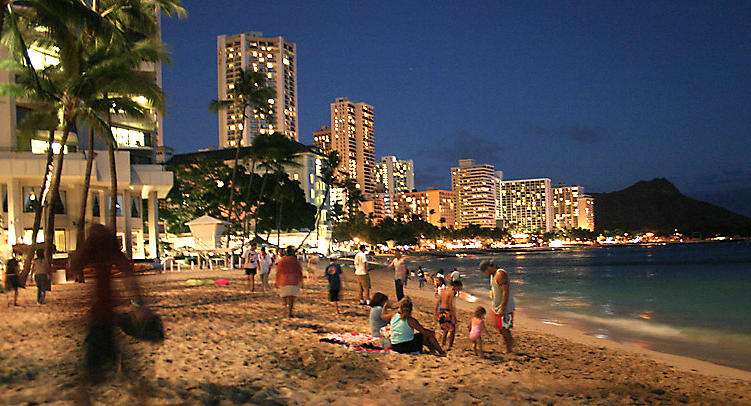 Integrating electricity produced by solar and wind energy systems on to power grids has quickly become a major cause for concern among U.S. utilities, grid operators and regulators, particularly monopoly utilities in states such as Hawaii, where Hawaiian Electric Co. (HECO) effectively controls 95 percent of the state’s electricity supply.

Capable of responding much more quickly and efficiently to short-term fluctuations in grid power supply and demand than conventional grid assets, such as fossil fuel-fired power plants, HECO and other utilities are getting much more deeply involved in distributed energy storage.

As is true for other utilities operating in states undertaking reforms of energy policies that technological innovation has passed by, HECO is now moving quickly to get up to speed and capitalize on distributed solar and, more recently, intelligent energy storage technology.

On October 12, HECO announced it is joining with Millbrae, California-based Stem and an initial group of business customers on Oahu in launching a $2.1 million pilot program that entails installation of a total 1MW of distributed battery storage capacity.

One big prospective benefit the potential of aggregating distributed energy storage capacity holds for utilities is the potential to integrate and manage the flow of electricity from variable or intermittent sources, such as solar, wind and other renewable energy sources.

HECO has found itself in some difficult situations and positions as Hawaiians have signed up to have solar PV systems installed. In fact, Hawaii can boast of having the highest per-capita penetration of residential solar PV generation in the country. Moreover, Governor David Ige in June enacted a bill requiring the state to obtain 100 percent of its electricity from renewable energy sources by 2045.

Whether deployed in front of or ¨behind the meter,¨ installing intelligent stationary battery storage systems can provide utilities with on-demand access to stored energy that can be used for a variety of purposes at costs that proponents assert will quickly prove to be much cheaper than the conventional resources utilities have been and continue to rely on.

HECO’s $2.1 million pilot program is being funded in part by the federal government’s Office of Naval Research, which is pitching in $1 million via the Pacific International Center for High Technology Research’s (PICHTR) Energy Excelerator program.

In an interview, Stem VP of Hawaii Operations Tad Glauthier explained that reducing peak power demand charges is the prime economic motivation for the Oahu businesses participating in HECO’s pilot distributed energy storage program. In addition, the software Stem is installing affords them the ability to measure and adjust energy usage, and hence utility expenses, to an extent and degree not possible before.

HECO, and by extension all its customers, in turn, will gain by knowing exactly how much stored energy is available in aggregate at any given time, and the ability to tap into that stored energy to shed or add electricity load as needed across the Oahu power grid.

“We see energy storage supported by intelligent software as an increasingly essential component of our business,” HECO VP for corporate planning and business development Shelee Kimura was quoted in a press release.

“Working with innovators like Stem, we will further modernize our system, integrate more renewables, and create a more stable and efficient grid for the people of Hawaii. This will allow us to reach our renewable goals as we serve our customers, better and at lower cost.”

From a broader operational perspective, integrating behind-the-meter energy storage capacity and making it accessible to HECO on-demand moves the type of intelligent battery storage technology Stem and others are pioneering up in scale significantly, from demand response at the level of individual customer sites to utility grid-scale, Glauthier explained.

Working closely with a utility such as HECO to enhance the efficiency, resiliency and stability of the power grid is exactly the sort of partnership Stem has been working towards since its inception in 2009, Glauthier pointed out.

¨Utilities generally don’t want to own equipment on customer premises, and businesses don’t necessarily want to take on the risks associated with new innovative power technologies, so it makes logical sense for a third party to step in and assume them,¨ he elaborated.

¨We’re effectively acting like an accelerator for both utility customers and the utility, enabling them to begin to start making use of this new class of energy resource rather them managing them themselves.¨

To that end, Stem has signed three-year energy storage contracts with Oahu-based businesses participating in HECO’s pilot grid-integrated distributed energy storage pilot program. Stem owns and operates the equipment for the three years at which time customers can opt to renew or opt out, in which case Stem will remove the equipment from their sites.

Though Stem would not disclose the costs of the lithium-ion (Li-ion) batteries that are being used, the company did say it is working with leading manufacturers, including LG, Panasonic and Toshiba.

The payments HECO makes for dispatching from or shedding electricity to the pilot program participants’ behind-the-meter energy storage systems will help pay back and potentially earn a higher return on their investments. Those revenues will be all the more valuable for those customers, such as family-owned Watanabe Floral, who are generating their own clean, renewable electricity via on-site solar PV systems.

Watanabe Floral is the first pilot program participant to have Stem´s intelligent battery storage and energy management system installed. Among the expected 25 other sites to come are the Honolulu Museum of Art and Menehune Water.

“Watanabe has been providing flowers to the community and businesses of Hawaii for 69 years,” company CFO Leon Dodson was quoted as saying. “The Stem system helps us to monitor our solar panels and electrical demand load seamlessly to reduce our energy costs. We are thrilled that Hawaiian Electric is making this technology available to our business.”