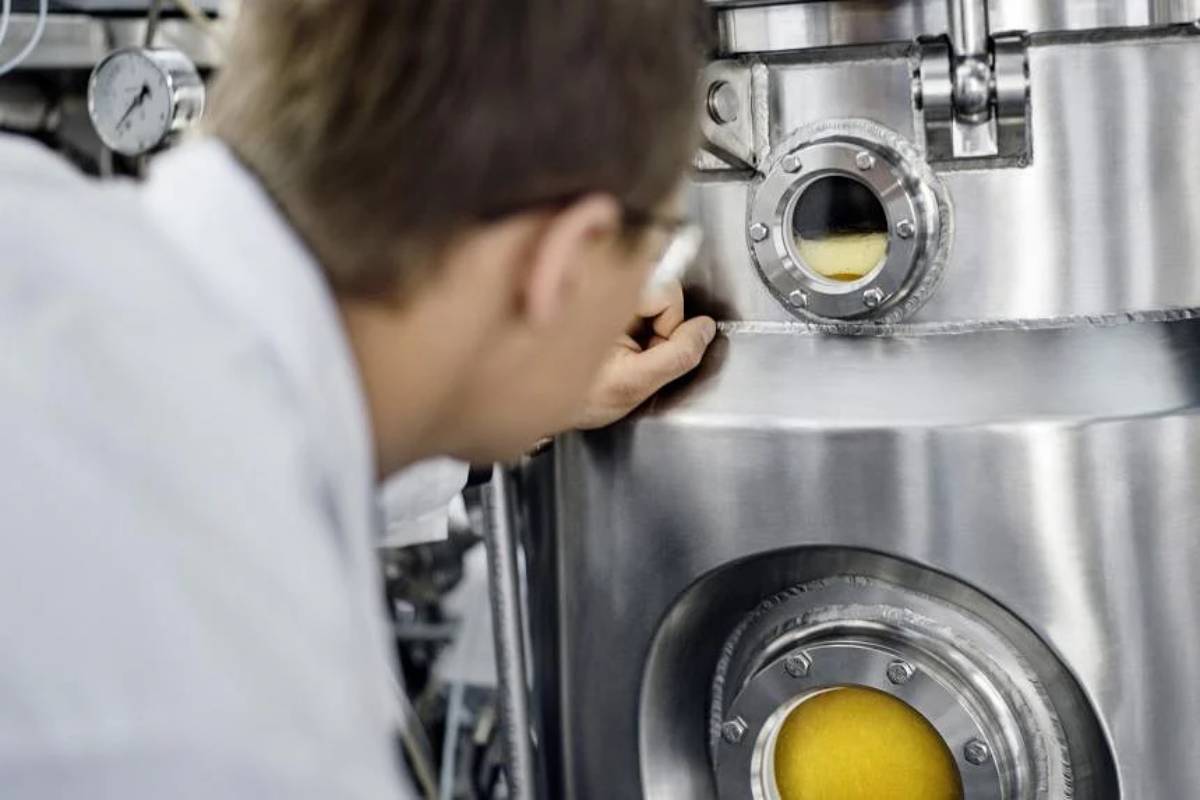 This new device has revolutionized the industry, tripling its overall efficiency and surpassing all expectations of previous setups.

Harnessing the power of nature, scientists have been striving to use sunlight and water to generate energy- much like plants do through photosynthesis. Unfortunately, this process has proven too ineffectual for commercial use–until now! A recent breakthrough could revolutionize the way to obtain clean green energy from Mother Nature.

In the past, utilizing the Sun’s energy to break apart water molecules was difficult. It needs energetic photons that can cut through the bonds between hydrogen and oxygen atoms. Shorter wavelength (aka more vibrant) photons from ultraviolet or visible light can make this happen – however, unfortunately, infrared photons, which comprise half of those reaching Earth, aren’t powerful enough for this process!

Solar water splitters have adopted two strategies to counteract this issue. The first and the most productive of them is using a photoelectrochemical cell (PEC). This device can be likened to batteries, with two electrodes submerged into a liquid electrolyte. One electrode works similarly as a mini–solar cell, taking up sunlight and transforming it into electrical charges, which are then used by catalysts on both electrodes for splitting the water molecules until hydrogen gas appears on one side and oxygen gas on the other. Despite the potential for incredibly efficient conversion of solar energy into hydrogen fuel, existing PECs are limited by their reliance on corrosive electrolytes that rapidly damage the light-harnessing semiconductor.

An alternate technique, known as a monolithic photocatalytic cell, eliminates the necessity of utilizing a battery-like setup by merely submerging an absorbent semiconductor in water. The semiconductor captures light and channels electrical charges to catalytic metals on its surface that then split up H2O molecules. Fortunately, this method produces hydrogen and oxygen right next to one another, which quickly reunites in the water again. Therefore it is both effective and efficient!

Despite their efforts, photocatalytic water splitters have only been able to transform around 3% of the Sun’s energy into usable hydrogen fuel. An alternative solution could be making the semiconductors larger, like conventional solar panels. However, these more powerful and expensive semiconductors render this option too costly for most.

Researchers improved their photocatalytic equipment in a new study by chemist Zetian Mi from the University of Michigan, Ann Arbor. An ordinary house window-sized lens was placed above this setup to concentrate sunlight in an area 100 times smaller, allowing them to reduce the size and cost of their water-splitting semiconductor. The intense light then created electrical charges passed on to nanosize metal catalysts scattered on top for successful water-splitting reactions.

Mi’s group raised the temperature of the water dissolution to 70°C, stopping most of the hydrogen and oxygen gasses from recombining into water. The current model integrates visible and ultraviolet photons, which can separate water and infrared photons with less energy.

Remarkably, the scientists revolutionized their solar-powered hydrogen fuel conversion rate from its previous 3.2% to an impressive 9.2%. This threefold increase enabled them to make a monumental leap forward for renewable energy technology!

Peidong Yang, a chemist from the University of California Berkeley who pioneered photocatalytic water splitting two decades ago but didn’t participate in this current study, exclaimed, “This is quite an achievement!” Todd Deutsch, an expert on water-splitting at the National Renewable Energy Laboratory, went even further and declared that with such efficiency, these devices are almost ready for commercial use – only 10% more are needed to hit their target.

Yet, Deutsch has pointed out that this new design may still face commercial obstacles. A mixture of flammable hydrogen and oxygen gasses is created in the process, which would need to be divided for a commercially available version, undeniably increasing its expenses.

Although such devices may enter the market sometime in the future, engineers would have to fabricate colossal solar-driven water-splitting farms to generate a sufficient amount of hydrogen for vehicle fleets, industrial furnaces, and commercial fuel cells that could transform it into electricity. However, Mi claims this day is still far away at present.

Although photocatalytic water-splitting cells are simpler to design than PECs, they can be mass-produced at a far lower cost. The new setup also works well with seawater, an inexpensive and limitless resource. The ability to convert seawater into carbon-free fuel cheaply would prove advantageous for green energy efforts.