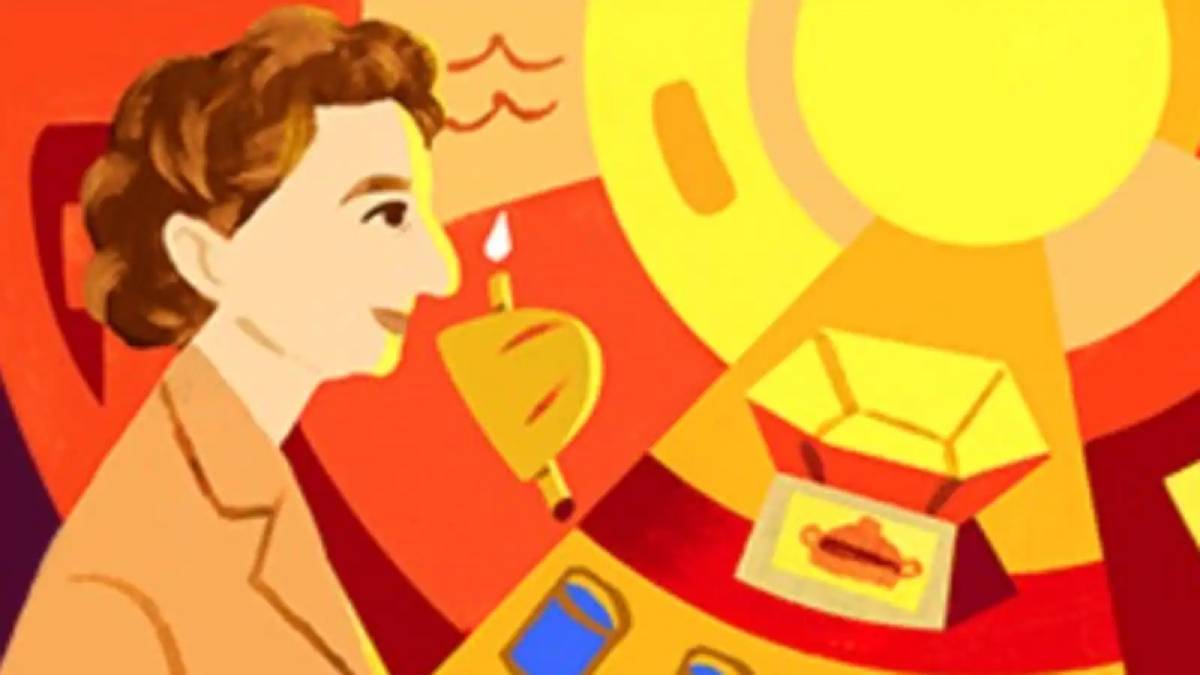 In homage to the celebrated solar energy researcher Mária Telkes, who earned the affectionate title of “The Sun Queen,” Google has altered their homepage logo with an animated Doodle.

On December 12, 1900, Mária Telkes was born in the beautiful city of Budapest, Hungary. She was raised with a strong background and passion for science which led to her earning a Ph.D. from The University of Budapest by 1924. Later that year, Telkes paid a visit to one of her relatives in the United States and made up her mind soon after to emigrate there.

During the commencement of Mária Telkes’ career, she delved into biophysics, specifically the energy produced by living organisms. As time progressed, her focus shifted to finding methods for transforming heat into energy. Seizing the opportunity in 1939, she joined MIT’s newly formed research team dedicated to solar power exploration.

During the Second World War, the Office of Scientific Research and Development of the U.S. government recognized Mária Telkes’ brilliance in solar energy technology, inviting her to join their team for creative ideas about this budding field. She created one of her most notable inventions during this time – a solar-powered distiller. It can purify water for medical purposes or make seawater potable for service members who have been stranded on the open sea.

Telkes’ ongoing efforts with MIT included a groundbreaking project to utilize solar energy to maintain warmth within a residence during the harsh Massachusetts winter. Even though Mária Telkes’ initial attempt to create solar-powered heating ended in failure and resulted in her being eliminated from MIT’s solar energy team, she refused to let this be the end of her career or her resolve to find a solution.

In 1948, Mária Telkes joined forces with renowned architect Eleanor Raymond. They were graciously given a monetary donation from philanthropist Amelia Peabody to design a system that diverted the sun’s heat and stored it in Glauber’s salt between walls. As the salt cooled, it would generate heat energy, keeping the house toasty and warm. This revolutionary concept allowed them to capture energy for use later on.

Following her departure from the Massachusetts Institute of Technology in 1953, Telkes pursued her solar energy studies at New York University College of Engineering with a newfound enthusiasm. Here, she was awarded an esteemed grant from the Ford Foundation to design a solar-powered oven that all could utilize. The aim was to create something that could heat up to 350°F and be accessible to those who do not possess conventional ovens. After completion, the solar oven proved to be incredibly successful. It was even harmless enough for children to learn how to cook with it! Telkes also magnificently modified the solar oven design to allow farmers to dry their crops. Telkes’ solar oven design is a revolutionary invention, as it is both cost-effective and simple to utilize in rural areas – making it still relevant today.

Mária Telkes’ revolutionary work in solar energy earned her the prestigious title of “The Sun Queen,” an accolade that celebrates all of the incredible advances she made in the field of solar energy.

It’s no coincidence that Google chose today to recognize the renowned scientist Mária Telkes. And interestingly enough, it would have been her 122nd birthday today! On December 12, 1952, she made history as the first woman to ever receive the Society of Women Engineers Achievement Award – an incredible milestone that marks 70 years exactly this past year.

Today, the Google Doodle celebrates Mária Telkes’ inventions with a fantastic animation! Her genius solar distiller, solar oven, and Dover Sun House are all featured prominently. In the Google artwork, a transition can be seen between the warm colors of daytime and cool shades of nightfall – illustrating how solar energy is captured throughout the day to provide continual warmth during those chilly evenings.