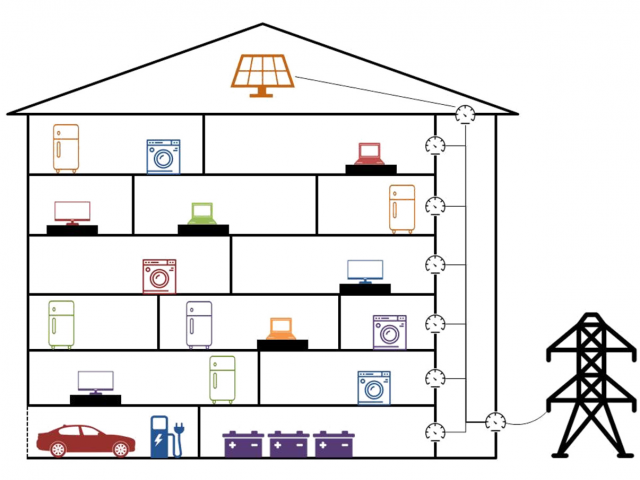 Proponents and supporters of distributed energy resources and management systems are exploring how blockhain distributed databases and smart contracts can be used to design and build the information and communications technology (ICT) platforms needed to manage locally centered, low-carbon or zero-emissions distributed energy systems.

A seven-person research team at the Research Institute of the Finnish Economy (ETLA) donned energy systems R&D hats to conceive and elaborate an iterative process and the elements integral to designing and building an autonomous blockchain-based distributed energy resource management (DERM) platform.

In addition to a peer-to-peer (P2P) blockchain database management platform, the researchers set out the variety of other technological elements required and identify products available today that could be used to construct what amounts to a micro- or nanogrid for an apartment building owned by resident members of a typical Swedish housing society.

In an ETLA Working Paper – ¨Industrial Blockchain Platforms: An Exercise in Use Case Development in the Energy Industry¨ – the researchers identify the criteria, which in sum they call the target state, to which such a DERM platform should conform.

Summarizing, the apartment building nanogrid platform needs to provide a ubiquitous network that connects and interacts in real-time with on-site renewable power generation, storage and distribution assets and the local power grid. Furthermore, it should extend on through to Internet-connected household appliances and personal devices that residents effectively lease ¨as a service¨ from vendors. 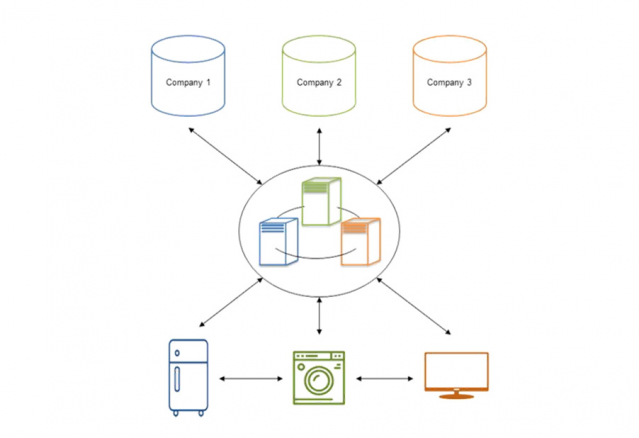 Following is a checklist they propose for blockchain use cases in this specific instance, as well as in general:

Of central importance, all the autonomous apartment building nanogrid platform’s elements must be able to interoperate seamlessly and intelligently based on analysis of internal and external data streams.

In addition, all authorized users should have access to the underlying database so as to reconcile and verify transactions and the entire system’s transaction history through time. The platform should also operate with high reliability and efficiency, as well as in a manner that protects the privacy of data and communications.

That’s a tall order, one that has yet to be realized commercially or at scale. Consensual, open source, and for all intents and purposes tamper-proof, blockhain distributed database architecture and digital smart contracts seem tailor-made for such purposes.

The study authors proceed to identify essential products and services available today other than blockchain that would be necessary and capable of meeting target-state specifications.

Linux is their choice for the underlying operating system. When it comes to the integration of smart devices, they propose using an embedded platform, such as Rasberry Pi, to ensure they have the required computational and networking capacity.

Scalable Linux controllers attached to devices could be used for longer distance communications, while the JSON-RPC could be used for communications between nodes of the distributed energy marketplace. Use of other open source software products, such as Filament’s Tap and Patch, would also be used to imbue the platform with the required networking capabilities.

The ETLA research team concludes by highlighting a few important caveats and explaining the direction they plan to take in further developing this conceptual framework and blueprint.

The iterative development process the team has initiated is far from complete, they note in concluding. ¨Many technical aspects still remain to be addressed and the customer, social and business value of the outlined concept is yet to be analyzed in detail.

Moving forward, they intend to proceed by developing a business case for a strategic initiative that includes various scenarios for viable business models, as well as establishing the specifications and other requirements for industry pilot projects.