The National Electrical Manufacturing Association (NEMA) lays out a strategic vision for microgrid development and use for the 21st century in a report released Sept. 6. Microgrids will make a transition from off-grid ¨island¨ systems to becoming an integral part of broader-based power grid networks, according to NEMA’s ¨Powering Microgrids for the 21st Century Electrical System.¨

¨[O]nce viewed as islanded systems of generation and load, valued mostly for their ability to disconnect from the grid and serve individual customer facilities during outages, this report explains how and why they [microgrids} are now seen as part of distribution system operations, interacting with the distribution grid through advanced control and distribution management systems,¨ NEMA highlights in a news release.

In its report, NEMA charts the path microgrids have taken as technology and applications have advanced from playing passive (e.g. emergency back-up or isolated off-grid uses) to active roles in grid modernization, such as primary sources of power generation and providers of ancillary services, such as spinning reserves and frequency regulation. The report authors also provide data related to the cost of microgrid components and systems amidst ongoing technological advances that will facilitate further development and deployment.

Growing adoption of distributed and renewable energy generation, energy storage and smart grid technology and systems is fueling the evolution of microgrids as they make the transition from passive to active elements in power grid operation, the report highlights. That encompasses intelligent switches, sensors and communication technology on electricity grids and extends into homes and businesses, where consumers can make use of automated controls governing use of smart home appliances and enable utilities and other electricity services providers to carry out demand response management (DRM). 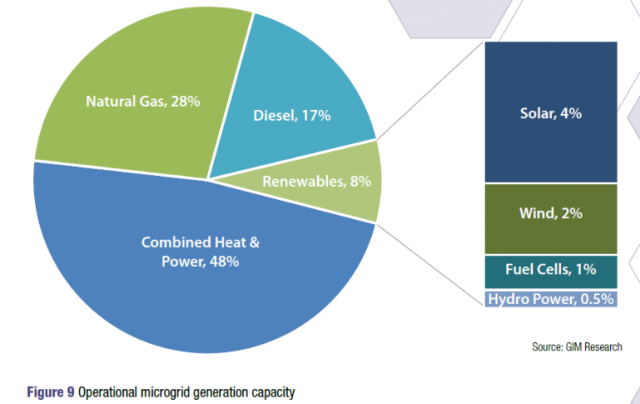 ¨Microgrids can therefore be seen as the building block for a new approach to configuring modern distribution systems,¨ according to NEMA.

The advantages are numerous and varied, including improvements in terms of reliability, efficiency and resilience, as well as increased autonomy from broader-based power grids.

Microgrid applications and use cases are expanding in number and type amidst an evolving regulatory framework, the report authors point out. Along this line, they explain that microgrids can by deployed in many possible configurations custom-built for use in residential, community and commercial and industrial operating environments.

Microgrid and DER standardization initiatives are key to ongoing market growth and power grid modernization efforts, and these need to be accelerated, according to NEMA. ¨The availability of standards will greatly simplify the implementation of microgrids and lead to reductions in the cost of equipment and controllers. In addition, the regulatory framework needs to evolve to allow microgrids to play a larger role in the distribution grid operation and contribute to the grid modernization efforts,¨ the report authors state.