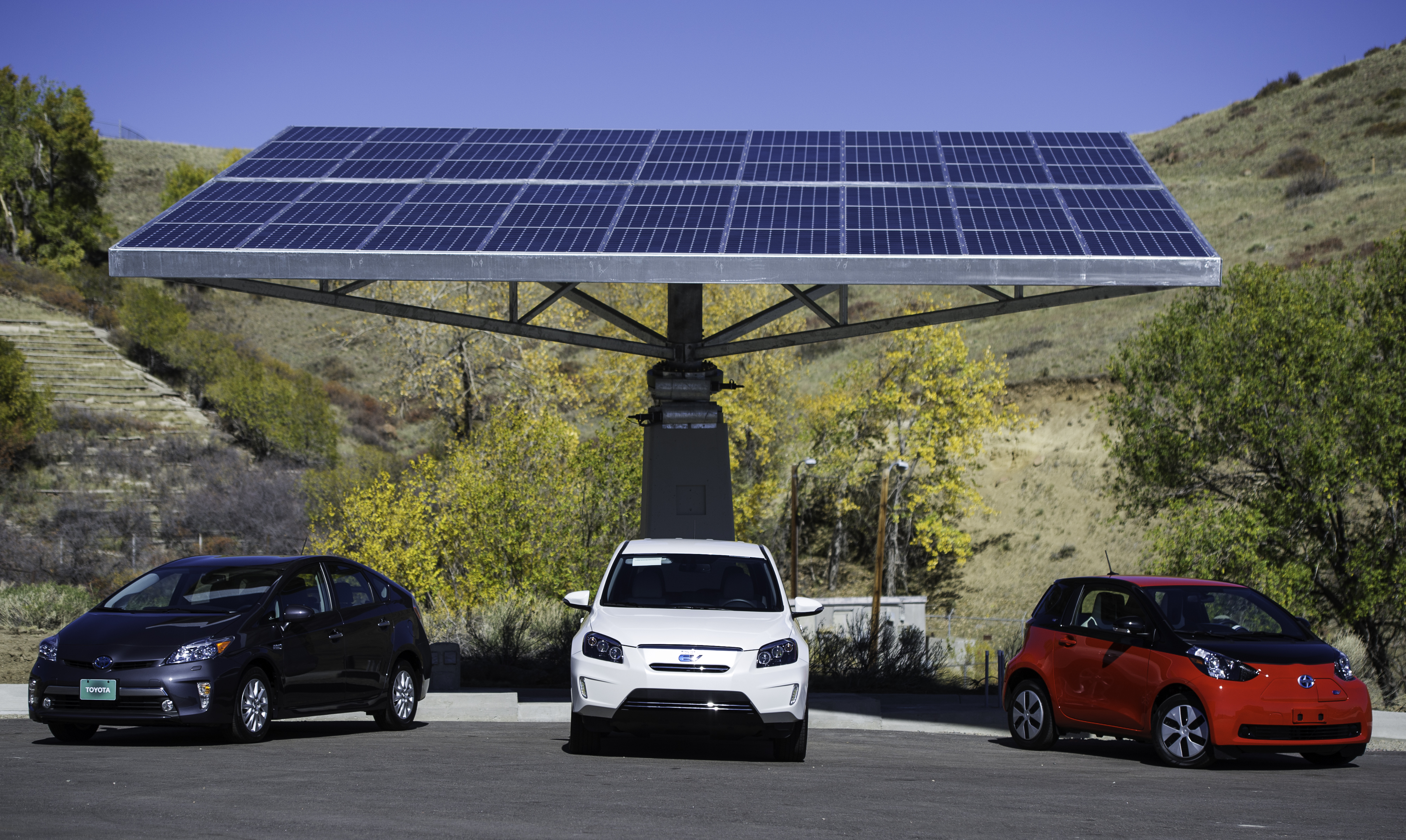 The bulk power system we’ve relied on for the last century is remarkably inefficient.  Due to waste heat and transmission losses, less than 30% of energy inputs in thermal power plants actually make it to residential electric meters.  Distributed energy resources such as wind, solar, CHP, and energy storage can build an undeniably more efficient system, with cascading benefits ranging from local economic benefits to environmental impacts.

Microgrid Media has reported on the key barriers to community microgrids, largely the result of monopoly utilities maintaining their monopolies. No surprises there.

However, the combination of electric and autonomous vehicles could be a deadly brew for the status quo.  Where most people see an Electric Vehicle, a home owner may see a car-shaped battery.  The disruption will not be in the electrification of vehicles, but the autonomous capabilities of that vehicle.  Not only can this car-shaped battery store locally-generated electricity, but it can also go and get more whenever needed with no regulation. It’s like a diesel generator that knows to go fill itself up before running out of gas. It will be automatic, it will be seamless, and it will keep your lights on. It will not care about utility monopolies.

“Electric vehicles, ultimately, will not charge in their owners garage but wherever and whenever electricity is abundant,” says Alfredo C., Managing Director of a stealth startup piloting Autonomous EV Microgrids.  “This will not only result in cheap energy for electric vehicles, but it will also help balance electric grids that increasingly rely on VREs.”  VRE, or variable renewable energy refers to wind and solar power which generate electricity without regard for when and where it’s needed.  They are increasingly the least expensive options, but they are highly dependent on location and time of day.

Due to increased levels of solar energy, states like California and Hawaii are already experiencing over-generation during times of high solar generation and weak demand.  There are many instances of negative retail rates, meaning grid operators will pay generators to turn off. The variable nature of solar generation makes it possible to have an oversupply and a shortage on the same day. California is worried that they will not have adequate resources to reach power demand this summer when air conditioning use peaks as the sun goes down. The shortage is projected for some of the longest, sunniest days of the year. Autonomous, electric vehicles can shift the abundant daytime energy captured by solar farms to when and where it’s needed.

The arrival of self-driving cars will allow vehicles to automatically charge where energy is cheap and available.  Not just for itself, but for entire homes and neighborhoods. Autonomous electric vehicles could break the electric utilities monopoly on power delivery.  Currently, only monopoly utilities are allowed to cross public roads with distribution lines. That monopoly makes it difficult for neighborhoods to generate and trade energy locally. An autonomous vehicle will be able to cross the street, and deliver electric transactions.

Energy efficiency will assist the transition. There are now flat screen televisions that operate from a 30 watt solar panel (typical rooftop solar panels are over 300 watts).  Appliances and home are rapidly becoming more efficient, and can be powered by a typical EV battery for long periods of time. Products like Tesla’s PowerWall can keep the lights on while the vehicle is away charging.

India is looking to shift to 100% EVs by 2030, and China and California could soon have similar ambitions. Their potential ability to optimize charging time and location could make electric vehicles a form of Transmission and Distribution.

“Maybe a microgrid doesn’t need an interconnection with the grid,” says Alfredo.  “A fleet of autonomous EVs will maximize the generation resources within range.”  As Michael Leibreich said last week at the Bloomberg New Energy Finance Summit, “The Future Does Not Look Like The Past.”  TESLA’s purchase of SolarCity make them an early leader in EV Microgrid capability. 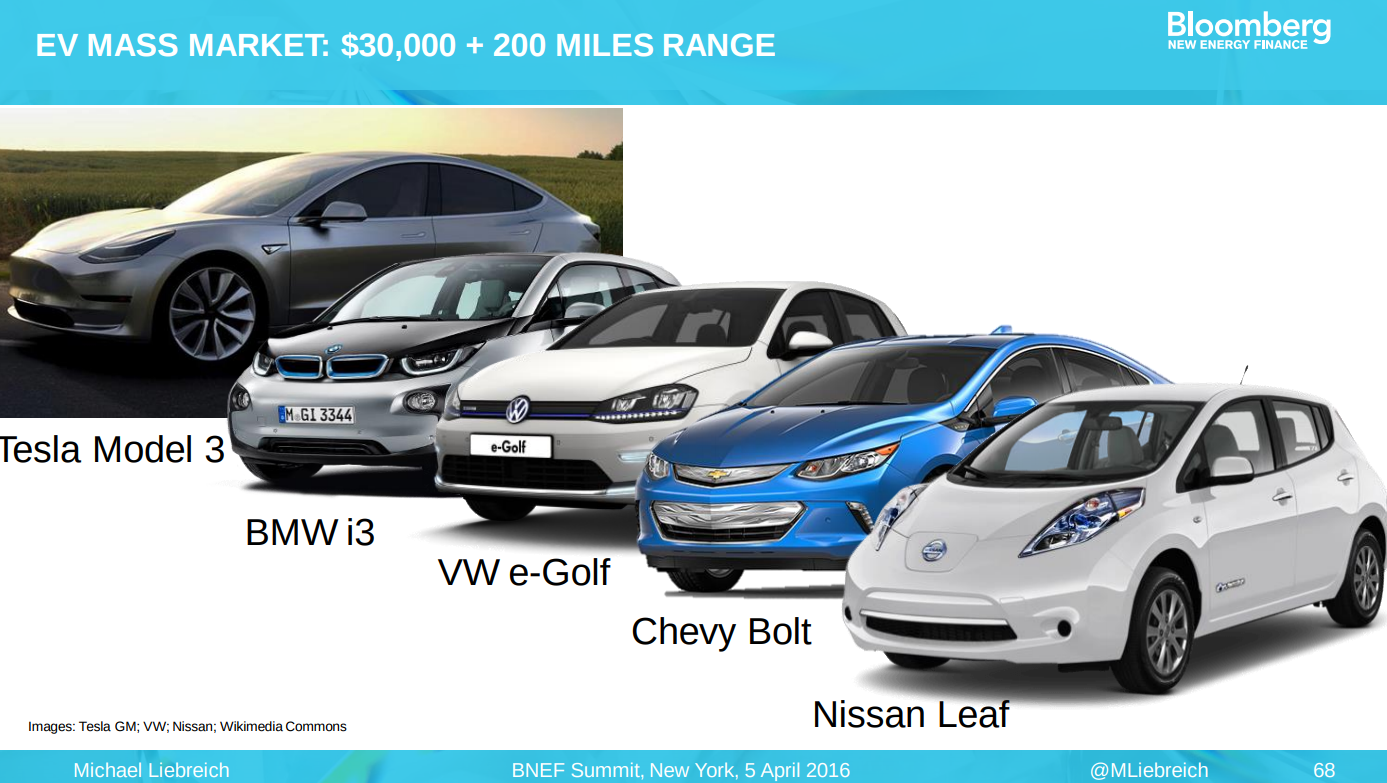