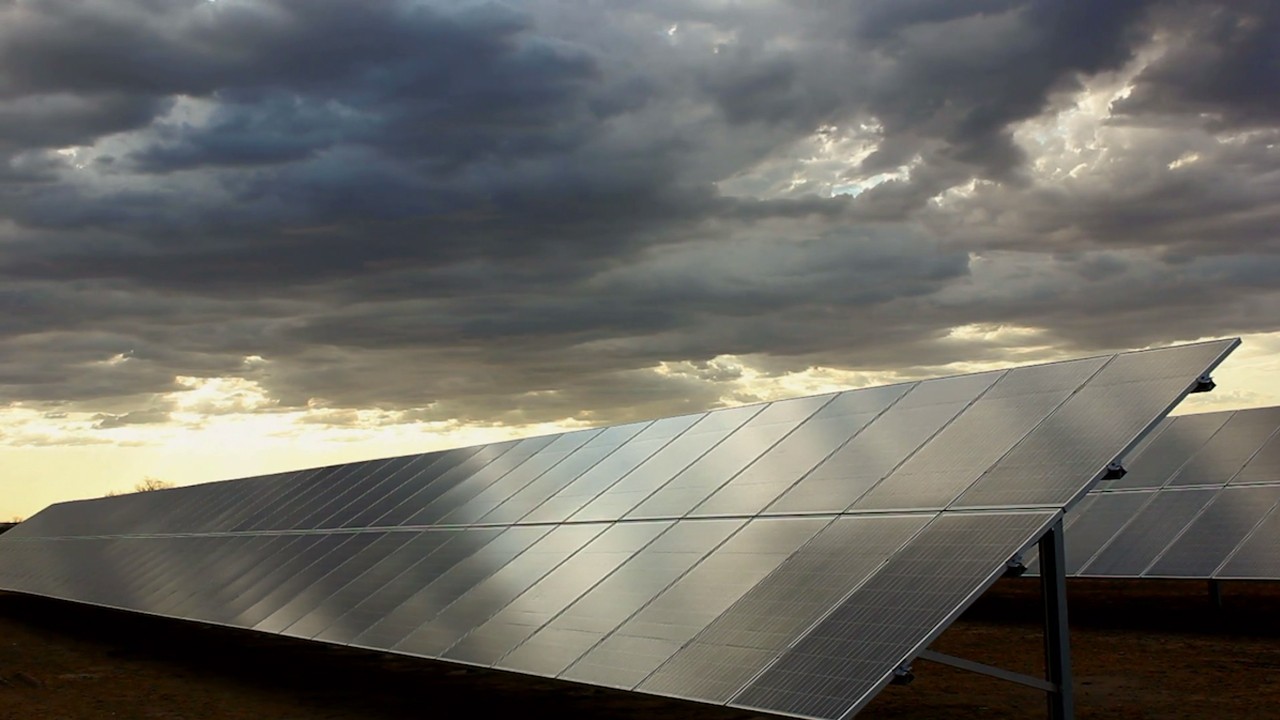 It’s a question that has been debated for years – do solar panels work on cloudy days? The answer, as it turns out, is a little more complicated than you might think. On one hand, solar panels rely on sunlight to generate electricity. So on a cloudy day, they won’t produce as much power as they would on a sunny day. But on the other hand, solar panels still produce some power even on cloudy days, so they can still be effective in certain situations. In this article, we will explore the debate surrounding solar panels and cloudy days and try to provide a clear answer to the question.

Solar panels are devices that convert sunlight into electricity. They are made up of a series of interconnected solar cells, and each solar cell is made up of semiconductor material like silicon. When sunlight hits a solar cell, the photons in the sunlight knock electrons loose from the atoms in the silicon. These free electrons flow through the solar cell and are collected at the bottom, where they are then used to generate electricity.

So, do solar panels work on cloudy days? The answer is yes, but not as well as they do on sunny days. Solar panels will still generate some electricity on a cloudy day, but the amount of electricity they generate will be less than what they could generate on a sunny day.

The best way to maximize the power generation of your solar panels is to install them in an area that gets plenty of sunlight. If you live in an area that is cloudy most of the time, then you might want to consider installing a backup power source, such as a generator, to make sure you have power when you need it. Solar panels are a great way to generate renewable energy, but they only work when the sun is shining.

Other Factors that Affect the Performance of Solar Panels

What can you do to Maximize the Output from your solar panels?

There are a few things you can do to maximize the output from your solar panels:

1. Check the Orientation of your Solar Panels

2. Check the Angle of your Solar Panels

The second step is to check the angle of your solar panels. Solar panels should be angled at around 30 degrees in order to receive the maximum amount of sunlight. If your panels are not at this angle, you can adjust them by tilting them up or down.

It is important to keep your solar panels clean in order to maximize their output. Dust, dirt, and leaves can all reduce the amount of sunlight that your panels are able to absorb. You can clean your panels with a hose or a brush.

4. Use a Solar Tracker

A solar tracker is a device that keeps your solar panel pointed at the sun as it moves across the sky. This ensures that your panel is always receiving direct sunlight, which will maximize its output. Solar trackers are available for both residential and commercial applications.

If you want to maximize the output from your solar panel system, it is important to invest in high-quality solar panels. The better the quality of your panels, the more efficient they will be at converting sunlight into electricity.

6. Use an Inverter with high Efficiency

An inverter is a device that converts DC power from your solar panel into AC power that can be used by appliances in your home or business. Inverters with higher efficiencies will lose less power during this conversion process, which means more power will be available for use.

7. Use a charge Controller with High Efficiency

A charge controller is a device that regulates the flow of electricity from your solar panel to your battery system. Charge controllers with higher efficiencies will lose less power during this process, which means more power will be available for use.

8 . Use Batteries with High Capacity

Batteries are used to store excess electricity generated by your solar panel system for use at night or during cloudy days. batteries with higher capacities will store more electricity, which means more power will be available for use when needed.

If you want to maximize the output from your solar panel system, one of the best things you can do is install more solar panels. The more panels you have, the more electricity you will be able to generate.

Shading can have a significant impact on the amount of electricity that your solar panel system can generate. By creating a shading plan, you can ensure that your panels are receiving the maximum amount of sunlight possible.

Solar panels can still generate power on cloudy days, but the amount of power generated will be reduced. There are several things you can do to maximize the output from your solar panels, including checking the orientation and angle of your panels, keeping them clean, using a solar tracker, investing in high-quality panels, and using an inverter with high efficiency. If you want to get the most out of your solar panel system, it is important to install as many panels as possible and create a shading plan.