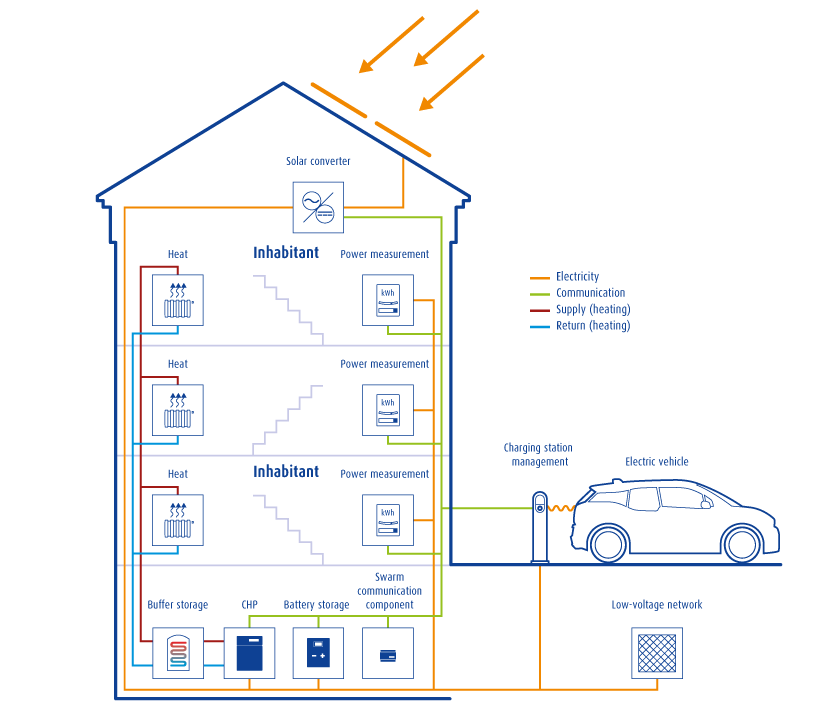 At ESNA 2015, UCSD’s Byron Washom described his ‘hallucinogenic dreams,’ where solar panels, batteries, electric vehicles, and other distributed energy resources (DER) orchestrate a clean, balanced, and efficient electric grid. He might not be crazy after all.

Accelerating into a fundamentally different world

Experts anticipate a future where distributed energy resources (DER) will be located in homes, businesses, and wherever else electricity is needed.  This is a big departure from the traditional model of generating electricity at distant power plants and sending the electrons down transmission lines to be sold to population centers.

In addition to being expensive to build and maintain the transmission network, between 8 and 15 percent of the electricity generated is lost in the transmission process.  This is not to be confused with the efficiency of the power plants themselves, which are often less than 35% efficient mostly due to heat loss.

With all its inefficiencies, this basic model of electricity commerce has not been challenged in over 100 years.  But the convergence of solar panels, battery storage, electric vehicles, and business model innovation virtually guarantees that the way we interact with energy is fundamentally changing.

According to Bloomberg New Energy Finance (NEF) founder Michael Liebreich, that transition is not linear and the curve is accelerating into that brave new world.  Liebreich thinks we will see a cleaner, distributed, more intelligent network of energy resources replace the conventional utility model. (Follow @MLiebreich on Twitter)

Pairing solar panels with battery storage can help homeowners save money and self-consume more locally generated electricity.  But that’s just the tip of the iceberg.  When millions of distributed energy systems can communicate and intelligently share resources, the role of the grid operator shifts from supplying electrons to enabling the transaction.

But can millions of distributed energy resources create a functioning, reliable electric system? The answer seems to be ‘yes’, and it’s been demonstrated since 2014 on a network of apartment buildings in Hamburg by German utility Lichtblick (not to be confused with Bloomberg NEF founder Michael Liebreich).

Lichtblick’s software is the leading platform for aggregating DERs into a functioning grid.  They call the platform the Schwarmdirigent, or ‘swarm-conductor’ for the way their software coordinates an extremely fast-responding ‘orchestra’ of DERs to deliver electricity exactly when and where it’s needed.

Batteries are the atmosphere that balance the energy ecosystem 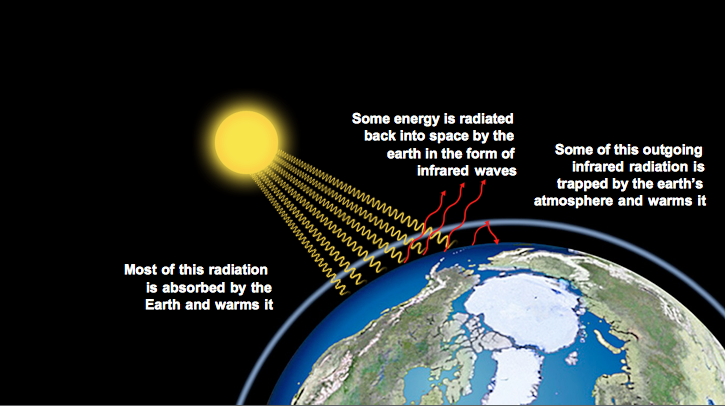 The atmosphere acts as energy storage for solar energy. Photo credit: Climate Reality Project  (Sidenote: more IR radiation is currently being trapped by the atmosphere than natural due to increased greenhouse gases.)

Likewise, batteries can take electricity when available (from the sun, for a direct analogy) and spread it out to deliver solar energy over the course of the day. There’s no question that batteries will play an increasingly large role on the electric grid.  GE’s Dr. Pratima Rangarajan called energy storage “a natural extension of the grid.”

Lichtblick has been actively partnering with energy storage companies to make sure their software is compatible.  The company has taken several hundred preorders of Tesla’s Powerwall and hints at increasing collaborations and opening new markets.

Lichtblick has had meetings in New York City, and are interested in opportunities in California and Texas.

There is potential for the electric grid to tap into electric vehicles to take advantage of their capabilities and give EV drivers additional revenue. The grid can charge cars when electricity is abundant and pull from the same vehicles when the grid needs it.  This EV-to-Grid  (EV2G) model is being piloted by utilities and Electric Vehicle makers around the globe.  EV integration is a big part of LichtBlick’s success.

The key to successful EV2G programs is getting the incentives right.  The cars need to be plugged in when the grid needs them.  The incentives can come in the form of real time retail electricity rates that reflect the availability of electricity on the grid, or there can be different rate ‘blocks’ throughout the day.

While making the case for EV-grid integration at ESNA 2015, UCSD’s Byron Washom made it clear he wants to be known for conceptualizing the ‘EV Happy Hour.’  Cheers Byron.

Blockchain, the distributed ledger system that enables cryto-currency like Bitcoin is enabling peer to peer energy trading. The technology is being tested on a Brooklyn Microgrid on Presidents Street where solar owners on one side of the street are transacting with consumers on the other side of the street.  The direct transaction could minimize the need for electric utilities and enable community energy networks.  Market-based price signals could be used to balance the grid in real time. “It’s like the early days of the internet,” according to Greentech Media founder Scott Clavenna.