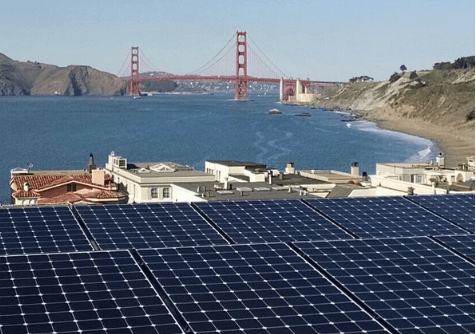 The Clean Coalition shows how adopting community microgrids can provide a pathway to a clean, resilient, and less expensive energy system.

The electric grid was not designed to utilize distributed energy resources (DERs), which can include solar panels, wind turbines, energy storage, demand response, and advanced inverters. These ‘behind the meter’ technologies reduce the amount of electricity purchased from the grid, so it should come as no surprise that utilities themselves (who make money by selling electricity) have not always been advocates for DERs.

But the electric grid is in need of revitalization, and a network of strategically located DERs can create a cleaner, more resilient power system according to Clean Coalition.  Clean Coalition is a nonprofit organization that demonstrates exactly where and how utilities can economically deploy DERs, which does not always come natural for them.

Utilities have very little experience with distributed energy resources, so it is critical to have an organization like Clean Coalition demonstrate the capability of DERs.  In many cases, utilities can save money by employing DERs instead of investing in traditional grid infrastructure.  The money saved results in cheaper energy prices for consumers.

Clean Coalition uses the utilities own data and modeling software to demonstrate the value of DERs using platforms they are familiar with.  The DER solutions offered are a way to harden the grid from a growing number of risks.

Increased stress on an aging grid

According to Dynamic Grid Council, the US power system is inherently susceptible to massive failures because it relies on centralized generation, long-distance power transmission, and outdated equipment.  The average age of US power transformers is 40 years.

Add to that the increased frequency and severity of extreme weather and you realize that the energy system is not as secure as Americans like to believe. While it’s well known that severe weather can disrupt the electric grid, the bigger threat to the energy supply could be the widespread water shortages that is likely to become much worse.  According to the World Energy Outlook, water is growing in importance as a criterion for assessing the viability of energy projects.

The Electric Power Research Institute’s (EPRI) scenario-based technical projections of water demand in 2030 find that one-quarter of existing power generation facilities (about 240,000 megawatts) nationwide are in counties that face some type of water sustainability issue.  Stressed water supplies will reduce the capacity and in some cases shut down key power stations.

Some communities, especially on the East coast are evaluating the cost of power outages, and realizing that sheltering themselves from the bulk power system is much more economical than they thought.

When Distributed Energy Resources are deployed strategically, the whole is much more valuable than the sum its parts.  That’s because DERs can form functioning microgrids that maintain critical infrastructure during grid outages.  In addition to providing resiliency from the rest of the grid, an advanced community microgrid can pay for itself by providing services to the bulk power system. 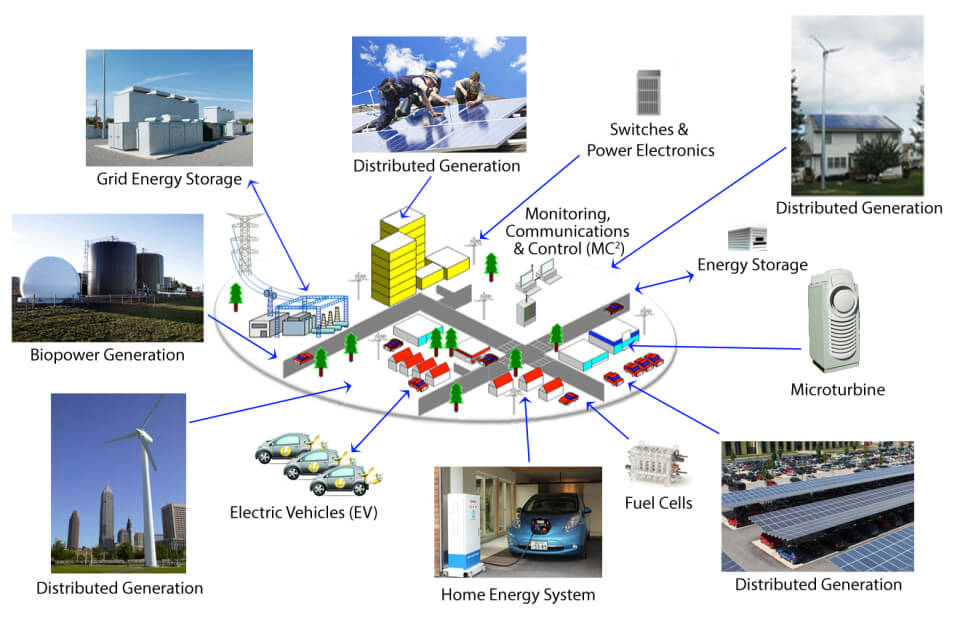 Well planned distributed energy resources can pay for themselves by avoiding costly infrastructure upgrades and maintenance.  Clean Coalition is demonstrating that advanced community microgrids can be deployed economically today, and will become more economical in the future.  Failure to plan for DER on the electric grid will result in overbuilding certain infrastructure that will be costly to customers.

The Community Microgrid Initiative hopes to provide a blueprint that any utility and/or community can use to accelerate the transition to DER.  They have developed a methodology for prioritizing projects driven by goals in cost reduction or renewable energy generation.  Perhaps most importantly, they also work with Dynamic Grid Council to identify barriers that keep utilities from fully utilizing some necessary resources of a modern energy system.

About the Clean Coalition (CC)

The CC is a nonprofit organization whose mission is to accelerate the transition to renewable energy and a modern grid through technical, policy, and project development expertise. The CC has successfully worked with community and utility leaders across the US to establish local renewable energy systems that provide cleaner, more reliable, and more affordable power. Since its founding in 2009, the CC has

About the Dynamic Grid Council (DGC)

The DGC is a trade organization whose mission is to accelerate the deployment of DER. Members include CODA Energy, Enphase, EPC Power, Forecast Energy, OhmConnect and SkyCentrics. The CC provides policy and project support to the DGC via a collaborative relationship. Only the DGC