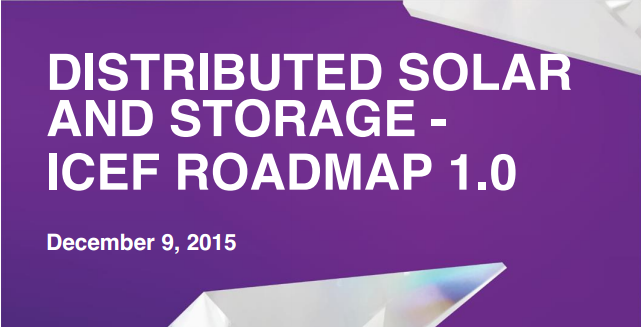 Affordable energy storage and an uptick in personal wealth are creating new business opportunities for community microgrid developers, according to a new report by Bloomberg New Energy Finance.  The global increase in personal wealth may come as a surprise to those in the United States, who are constantly reminded of income inequality and a struggling middle class.

But globally, many in poverty-stricken areas are emerging, creating new business opportunities to deliver electricity and replace things like kerosene lamps.  Electricity availability and poverty are closely linked, which could result in compounding benefits from community microgrids.

According to the report, it’s not only remote, off-grid locations that can benefit from a community microgrid.  Grid-supplied electricity is often unreliable in developing countries.  Both emerging and mature markets could face grid uncertainty due to water shortages, growing populations, grid vulnerabilities, and aging infrastructure.

Community Microgrids can help a community keep the lights on, but they can also make the entire grid more stable.  Microgrids can be mandated to surrender some control of their energy storage, or island from the grid when needed.  If implemented effectively, the result of community microgrids will be a more stable grid and increased funding for microgrids.

New business models are reducing the need for upfront investment, and let customers save money immediately from swapping kerosene for solar. Pay-as-you-go microgrids are proving successful in Haiti by Earthspark International and India by Greenpeace.

Solar can be deployed on a very micro scale and added to as budgets, technology, and needs grow.  One key advantage developing countries have is they do not expect nearly 100% reliability.  Solar allows households to start with a simple solar light that can charge their cell phones (which can often pay their solar bill).

So instead of waiting for an infrastructure project, they can buy a simple and affordable solar panel and light tomorrow.  The solar panel can become the foundation of a community microgrid.

[wpsm_column size=”one-half”] [wpsm_titlebox title=”Mature” style=”3″] The drivers for solar and storage are reduced costs and grid independence. The incentive for a community to invest in the solar is to reduce utility bills. As a result, solar is the lead technology, and the addition of storage is primarily intended to increase the number of solar-generated kWh that can be consumed, increasing financial benefit.
[/wpsm_titlebox] [/wpsm_column] [wpsm_column size=”one-half” position=”last”] [wpsm_titlebox title=”Emerging” style=”3″] In emerging markets the primary driver is grid intermittency. Consumers are incentivised to buy a storage system to allow them to enjoy uninterrupted power – the addition of solar enhances this value proposition by supporting the storage system in providing power for a longer period of time.
[/wpsm_titlebox] [/wpsm_column] [wpsm_quote author=”BNEF” float=”left” width=”100″]This difference in hierarchy between the two technologies is already apparent. Germany, Japan and parts of the United States have all seen the rapid adoption of rooftop PV for economic reasons – in most cases without storage. In India, by contrast, there is already an established supply chain for lead-acid batteries to help end-users manage intermittency, without the addition of solar, as yet.[/wpsm_quote]

While the case for community microgrids is compelling, it does not guarantee adoption.  Utilities often support solutions that do not favor microgrids.  For instance, the report cites a utility preference for large-scale energy storage projects like pumped hydro and utility-scale storage. These large infrastructure projects can take up to ten years, while distributed microgrids can be rapidly deployed.  ”

Other challenges cited in the report include utility interaction challenges, a lack of examples, and cyber-security.

Additionally, the true value of microgrids are rarely reflected in energy markets.  Energy storage was not thought about when energy markets were designed, and the result is “trying to fit a square peg in a round hole,” according to Jason Burwen, of the Energy Storage Association on a recent podcast.

Until microgrids and batteries are compensated for their multiple value streams, their ability to act as a bridge to the modern grid will be limited.