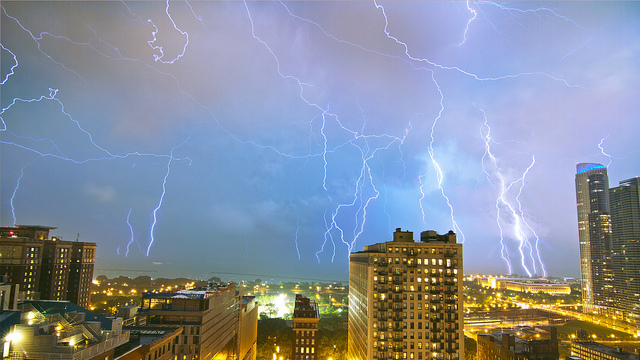 ComEd recently announced plans for a new microgrid at Chicago Rockford International Airport, which will create between 300-400 jobs,  and cost between $30-$40 million. It’s a part of ComEd’s plan of providing resilient energy services in the face of future extreme weather events.

Rockford Mayor Larry Morrissey said the new microgrid will strengthen the relationship between ComEd and Rockford.

ComEd is planning further microgrids within northern Illinois including:

Illinois’s 2011 Smart Grid Law has helped spur ComEd’s Future Energy Plan. According to ComEd, this policy has helped advance renewable energy access, and promote an affordable clean energy transition. Over 4,600 regional jobs have been generated from this program, with more new employment expected.

[wpsm_quote author=”Anne Pramaggiore, ComEd” float=”left” width=”34%”]We are pleased to be here with Universal Solar, who is helping to grow solar energy in Illinois and we are proud to partner the great city of Rockford to further the development of technologies like microgrids and solar energy to help ensure secure, reliable electricity for the Chicago Rockford International Airport” [/wpsm_quote]

ComEd understands how microgrids will play a critical role in not only providing backup infrastructure in the face of the climate change/energy nexus, but also has effectively shown how utilities can adapt to disruptive technologies with effective policy.

Last year, ComEd received a $1.2 million grant from the United States Department of Energy (DOE) to build a first-of-its-kind microgrid master controller that could drive the operations of clusters of microgrids.

The controller will be located in Chicago’s Bronzeville neighborhood and will allow connection to the Illinois Institute of Technology’s existing microgrid.

If you want to know more about ComEd and it’s smartgrid progress, check out this video from earlier this year. Anne Pramaggiore talks about who ComEd is facing the security, environmental challenges, while meeting the customer demands of a 21st century utility.