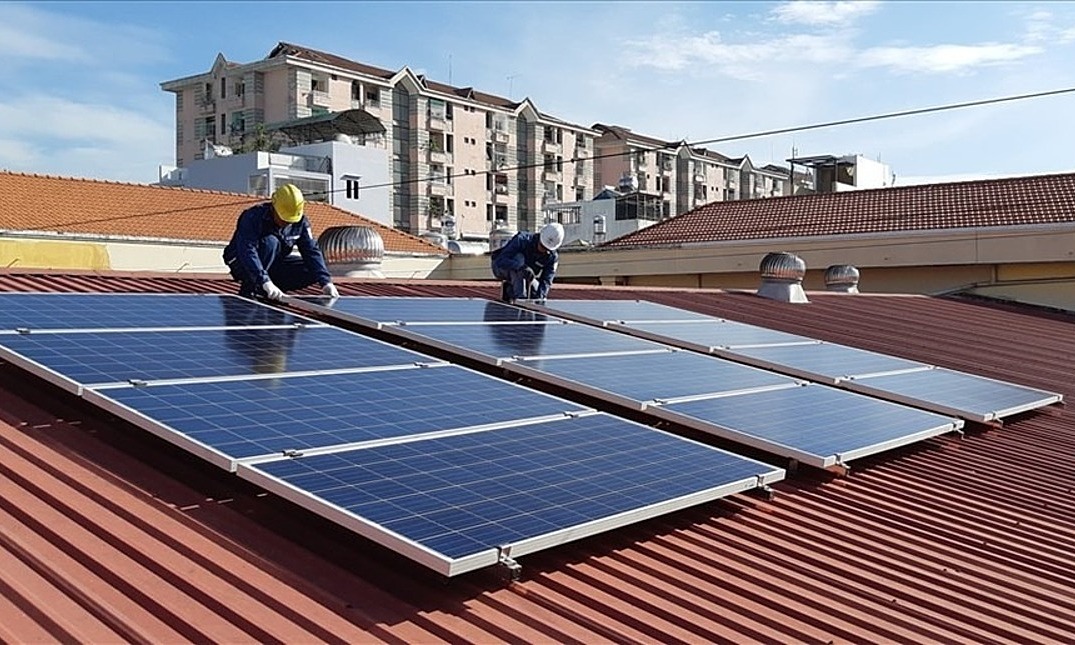 A lot of complexity is involved in the installation process of a solar array. Before a solar developer arrives and begins installation, municipalities must put in quite a bit of additional effort to locate solar resources, create GIS maps highlighting the best locations, assess infrastructure needs, and complete a financial evaluation. Small towns may not have the necessary resources or knowledge to do this. Therefore, the Clean Energy Extension of the University of Massachusetts Amherst has discovered a solution.

Over the years, the Clean Energy Extension has created a toolkit to assist small, under-resourced municipalities in developing solar energy. To create a pilot program and identify steps for towns across Massachusetts to follow when adding solar power to their energy portfolios, the extension has partnered with Westhampton, Wendell, and Blandford.

Research fellow Zara Dowling explained that toolkits help communities by generating realistic solar energy scenarios that fit the town’s specific needs. With these, municipalities can develop a plan for solar power in a fraction of the time it would normally take without the guide.

The associate director of UMass’ Clean Energy Extension, River Strong, stated that there are often disagreements between solar developers and members of a community when the former tries to create large-scale solar installations. To prevent this from happening, communities will sometimes pass moratoriums. The toolkit provides different alternatives to alleviate the conflict by hosting meetings to explain solar energy and conducting surveys for residents.

According to Dowling, who works with the New Salem Selectboard, Conservation Commission, and Energy Committee, this toolkit is meant to lay out the steps of planning– not taking action. The director of Clean Energy Extension, Dwayne Breger, stated that the user should reach out to a solar developer after using the toolkit.

Laurie DiDonato, on the Wendell Energy Committee and the Chair of the Selectboard, praised the Clean Energy Extension’s efforts. According to her, they did a commendable job in getting surveys and hosting forums to gauge public opinion.

Wendell has already received a plan with comprehensive details about switching to solar power. DiDonato says that Wendell is a good town to use for the pilot program because of its unique features. She said that the residents of Wendell care deeply about forest conservation, which can sometimes interfere with solar projects. But DiDonato says that the toolkit aids the town in its planning and sets a precedent for other small towns that need assistance.

According to Strong, most cities already have Open Space and Recreation Plans that can be used as a blueprint for solar energy installation when no new buildings are erected. Dowling stated that the west needs open space and farmland, while the east requires clean energy, which creates tension. Different parts of the state will have to cooperate to solve this problem.

Even though the toolkit provides guidance, small towns might not have enough staff to do the work. To help, Clean Energy Extension has developed a class through iCons–a certificate program at the university that teaches real-world problem-solving skills related to biomedicine/biosystems and renewable energy. The purpose of the year-long senior capstone class is to train students to use the toolkit. Afterward, they are paired with a town so that they can put their skills into practice by helping create a plan. Though it is only the inaugural year for this type of class, 13 students have already signed up.

Since its inauguration, Dowling has been expanding the program, including Ashfield, Montague, and Monterey. Strong said the Clean Energy Extension offers a three-way partnership between the organization, students, and towns. The project is sponsored by the Department of Energy Resources and external funding from competitive applications.

Breger said that part of UMass’ mission has always been to provide extension services, as it is a land grant college. A lot of research conducted at the university is geared toward benefiting the local community. In the past, most of the research was focused on agriculture, but it has since been expanded to include clean energy. The Massachusetts Department of Energy Resources created the Clean Energy Extension in 2015. The Extension Service has a basal four-person staff, supplemented by graduate and undergraduate students. It also has many associated programs, including the Green Energy Corps.

According to Breger, the state’s decision to have universities take action against climate change speaks volumes about its leadership.

Dowling explained that their research is helping the state reach its goal of reducing carbon emissions by 50% by 2030. Dowling continued, saying they are not the only ones working on this issue. There are others making progress towards state targets.

The extension is also researching the implications of installing solar panels on farm fields, for which it received a three-year grant from the Department of Energy. Breger noted this as a hopeful step forward.

The recently passed Inflation Reduction Act has increased solar panel incentives. Although the extension employees are unsure how this will affect their individual projects, they said it would likely be beneficial for developing solar panels on public buildings.

Breger noted that this project alone would not halt climate change but remarked on the students’ purity of vision and readiness to seek a cleaner energy future.