Transactive Grid’s P2P platorm is based on an Ethereum blockchain that’s used to process and log transactions among Brooklyn Microgrid members. The community solar microgrid startup may prove prescient in its use of blockchain distributed database technology, but broad-based use of blockchain in US power markets and among industry players and consumers is a long way off, according to Navigant Research.

Blockchain’s distributed, P2P database architecture mirrors the new power grid and markets architecture that is emerging in the US and other countries, which suggests that blockchain can offer significant advantages and benefits as distributed energy installations and usage continues to increase and regulators and market participants seek to develop new institutional frameworks and market-based mechanisms to facilitate them. 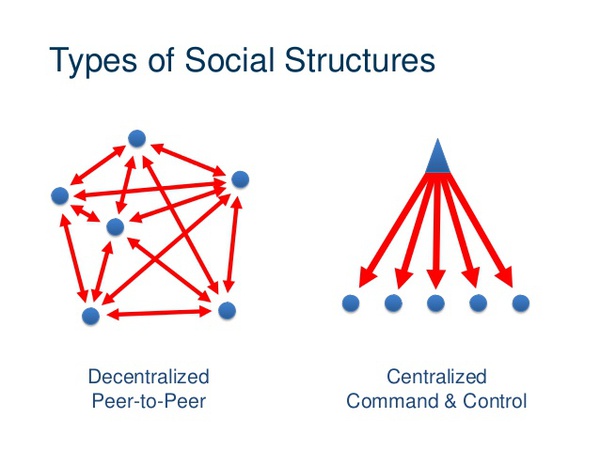 Use of blockchain among US power market players is at a very early stage of development, however. A lot of evaluation and testing needs to be done before we see the launch of the first large-scale commercial platforms, Navigant Research analysts point out in a recently released market research report entitled, ¨Blockchain-Enabled Distributed Energy Trading.¨

¨While many use cases have been proposed for the energy industry, the one gaining the most traction at present is peer-to-peer (P2P) power trading, where owners of small-scale generation can sell excess generation direct to other consumers.

¨The earliest adopters of blockchain will likely not be utilities, but other stakeholders. At present, those leading the research into blockchain are the owners of distributed energy resources (DER) and startups seeking to sell directly to them,¨ Navigant Research principal research analysts and report authors Stuart Ravens and Neil Strother write.

¨In essence, blockchain can provide the visibility and accountability to enable transactive energy systems by integrating both electrical, ‘cyberphysical’ and financial systems.”

Interest in blockchain distributed database technology is now on distributed energy and power market participants’ radar, but it’s in banking and financial markets that it’s most advanced. 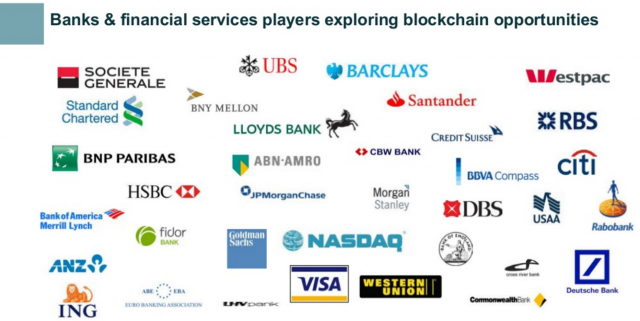 Banks trade trillions of dollars of currencies in decentralized fashion every day via Over the Counter (OTC) markets. The same goes for the wide variety of off-exchange traded derivatives contracts, such as interest rate and currency swaps.

Major players are considering making use of blockchain databases to streamline transaction processing and reduce transaction costs, as well as avoid being cut out of the value chain – disintermediation as it’s known – by direct peer-to-peer trading networks.

¨Financial industry players are very interested in blockchain. Proof of concepts and pilot tests have been launched, and the technology is inching towards commercial use,¨ Lighthouse Partners’ principal Peter Harris explained in an interview.

Harris sees banks’ initial forays and exploration of blockchain as being akin to the early days of cloud computing and Big Data analytics. ¨I think it’s a pretty similar technology curve. All of the major brand-name banks have launched projects, and a couple of industry consortia have been formed to evaluate its pros, cons and potential applications.¨

Banks are taking a cautious approach, however, he continued. ¨There may be some things you can do with blockchain that you couldn’t do before, and save lots of money in the process, but it’s a little bit tricky.¨

Blockchain’s distributed P2P architecture and use of cryptography, for instance, pose challenges for bank IT departments. ¨Generally speaking, bank software developers may not be all that familiar with some of the concepts you need to understand, like cryptography and distributed computing,¨ Harris elaborated.

¨It’s possible to learn all you need to know, but actually there is a real skills shortage at the moment when it comes to having the ability to develop applications for blockchain or build, deploy and integrate them with legacy systems – and that’s the situation across all levels.¨

Movements to address these issues have emerged among bank technologists. Harris and Lighthouse Partners is working to promote one of them, the Wall St. Blockchain Alliance (WSBA).

WSBA is the first financial industry association to offer a blockchain platform and application certification service, and there will be more to come, Harris said. Aiming to raise blockchain’s profile and generate additional interest, WSBA is in the midst of organizing its latest event, Blockchain for Wall Street, which is scheduled to take place Nov. 29 at the NY Law School in Manhattan’s Tribeca neighborhood just north of the new World Trade Center.