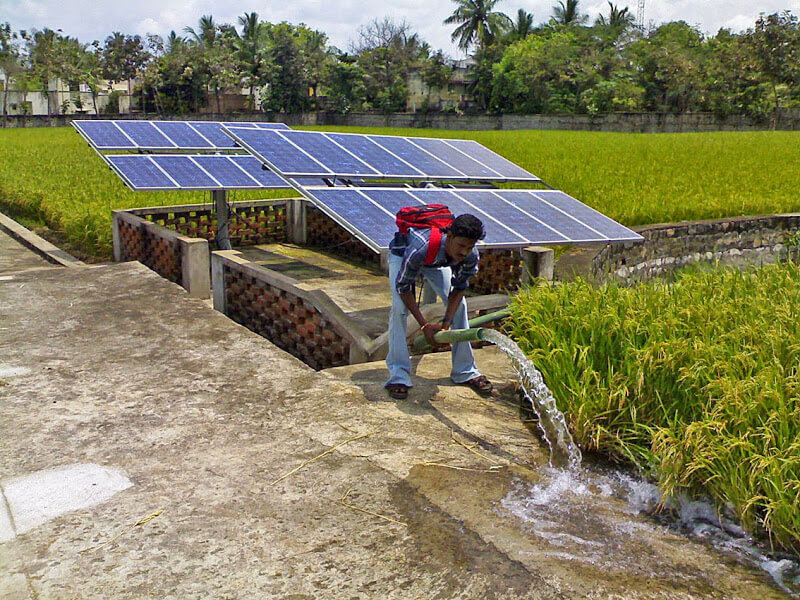 Both India and multinational power engineering market leader ABB are on something of distributed clean energy microgrid construction binges. Along with a fledgling group of up and coming energy services companies (ESCOs), telecoms carriers have emerged as leading players in the nascent Indian market for rural and remote renewable mini-grids, The Economic Times highlighted in an early 2016 news report.

Along with India’s ambitious renewable energy and electrification goals, these and similar developments haven’t gone unnoticed by multinational power engineering and equipment companies. Some 50 percent of the renewable energy generated in India passes through ABB equipment and the company is keen to capitalize on the confluence of fast rising telecoms and distributed computing, renewable energy and microgrid investment.

India intends to have 40 gigawatts (GW) of grid-connected rooftop and small-scale solar power generation capacity online in five years time. Prime Minister Narendra Modi has promised that all villages in India will have access to electricity by 2018 and 24×7 access by 2019, an extremely ambitious goal given the size and geographic diversity of the Indian nation, the regulatory reform required and the fact that more than 250 million Indians lack access at present.

In addition the Indian Ministry of New and Renewable Energy in June proposed a national policy on renewable energy in which renewable mini and microgrids are singled out as a means of expanding electricity access throughout the vast nation, in particular in rural, remote areas.

ABB Zooms in on Microgrid Development

For its part, ABB has adopted a flexible, customer-driven approach as it marshals its resources and expertise in order to capitalize on growing renewable and hybrid microgrid opportunities, a trend that is now global in scope, Maxine Ghavi, ABB’s global director, microgrids, explained in a recent interview.

“The drivers are different in different regions and among different types of customers,” Ghavi said. “It could be resilience, energy security; reducing costs, environmental impacts or reducing reliance on diesel fuel; or providing energy access — the drivers in play in specific markets and situations are multi-polar.”

The initiative is a core aspect of management’s plans to reduce the organization’s carbon and environmental footprints, energy consumption and costs, as well as ensure quality uninterruptible power, Ghavi added.

ABB’s microgrid platform, products and services also provide an opportunity to implement and demonstrate the benefits of ABB’s “Internet of Things, Services & People” strategy, she noted.