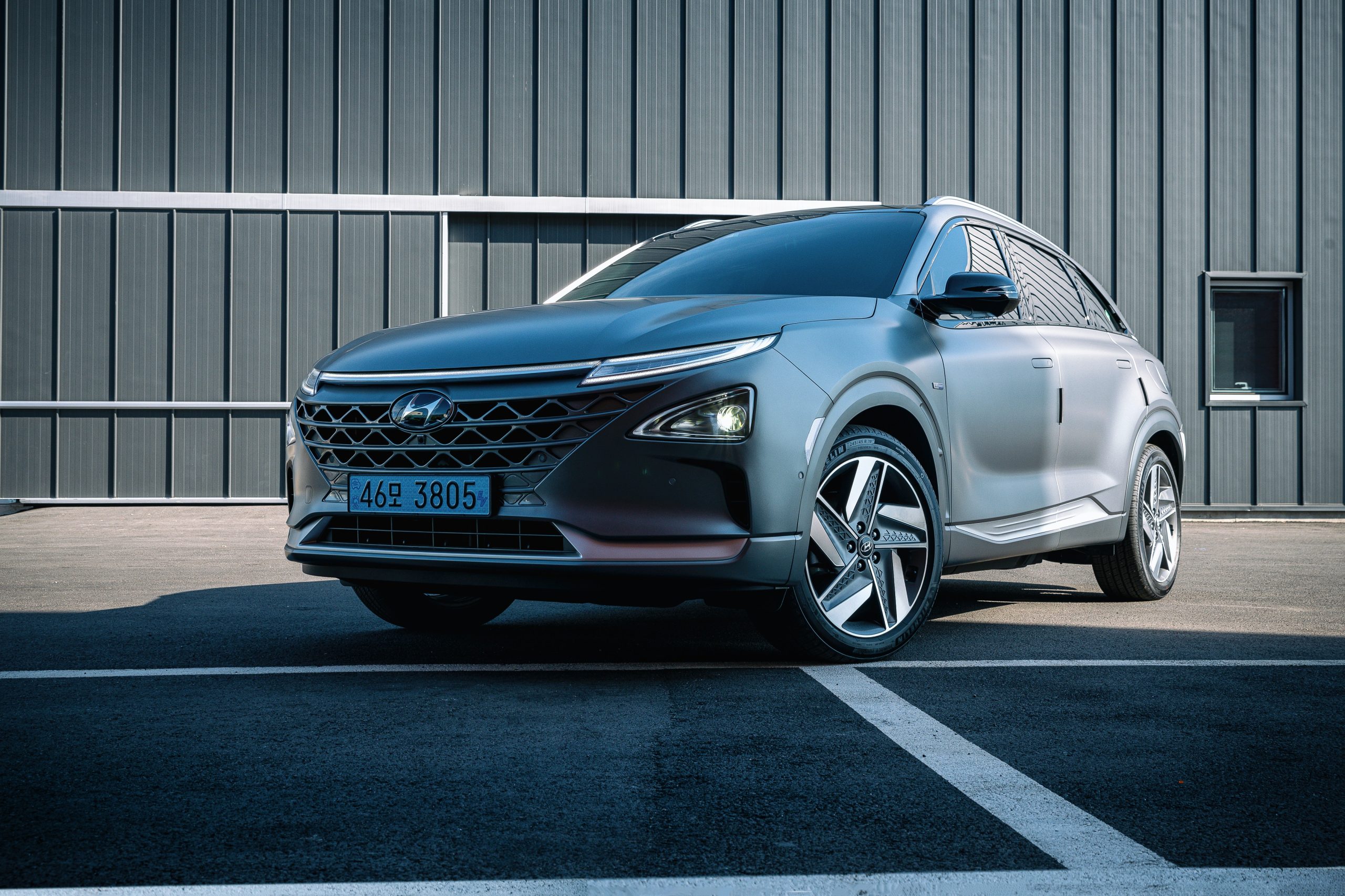 The AA revealed a hydrogen fuel cell roadside breakdown vehicle at the British Motor show in Farnborough on Thursday. The Hyundai NEXO will convey more tools and spares to carry out breakdown jobs in ultra-low emission zones. It is a small but spacious SUV with plenty of passenger and cargo room.

Edmund King, AA president, said: ‘The discussions about carbon reduction and zero-emission vehicles have tended to concentrate on Battery Electric Vehicles (BEVs). At the AA, we are investing in electric vehicles but believe that there will be a role for hydrogen and possible synthetic fuels in the future, especially for business fleets. We want patrols to pilot this hydrogen fuel cell vehicle to see what lessons we can learn. We believe hydrogen might be used for our bigger tow trucks in the future.’

The Nexo vehicle combines oxygen and hydrogen in a fuel cell system that powers the electric motor. It contains a 1.56kWh high voltage battery that fuels up in just five minutes. The car has a range of 414 miles (WLTP) that will make it handle as many as 10,000 breakdowns daily. Unlike conventional internal combustion engine vehicles, Nexo will produce no harmful emissions. It will only emit water.

King said, ‘As part of our ESG strategy we believe that driving doesn’t have to cost the earth and we’re committed to reducing our impact and supporting drivers to do the same. This is an ambitious target, as there isn’t yet a van in production that can run on alternative fuel and meet all our needs. We have tested many vehicles and will continue to trial new technology as it becomes available while investing in innovation that reduces our environmental impact.’

The Automobile Association(AA) is the UK’s largest motoring organization. They started out by creating breakdown covers and have since introduced new technology and innovations. To be a part of climate change, it announced its commitment toward net-zero carbon emissions by 2035, eliminating greenhouse gas emissions from its operational fleet.

Fuel cell electric vehicles (FCEVs) work by converting the chemical energy of hydrogen to mechanical energy. The 95kW cell stack and 40-kWh battery generate an output of 161 horsepower with 291 lb-ft of torque. Knowing that the current hydrogen refueling infrastructure is not extensive, the 414-mile range SUV will be functional while they await further development on green hydrogen.

Asides from a zero-emission advantage, FCEVs can increase efficiency. It has a regenerative braking system that captures the energy lost during braking and stores it in a battery. Several automobile manufacturers like Hyundai are offering a limited but growing number of FCEVs to the public, according to the strength of the developing infrastructure.

‘We’re also partnering with others to help develop the tech that’ll make it easier to transition to electric and lower carbon emission vehicles. As part of this target we are rolling out electric vehicles (EVs) into our operational fleets, where we can, and trialing other low carbon vehicles and technology across our groups, like hydrogen chargers and vehicles to gain learning and understanding of how these vehicles could be used in the future. Our fuel cell vehicle launch at the British Motor Show today is another step towards our technological and Net Zero future.’to