Driven primarily by rapid deployment of small-scale, off-grid home solar PV-energy storage systems, access to electricity in Bangladesh has risen from 47% to 80% since 2009, according to a Dhaka Times’ news report. More than 4.5 million home solar energy systems have been installed in rural areas of the nation during the period, while per capita installed energy generation capacity rose from 407-kWh to 220-kWh.

With some 4 people to a household on average, that means that more than 20 million Bangladeshis are now enjoying the benefits of clean, efficient and affordable electrical power. The director general of Bangladesh Ministry of Power, Energy & Mineral Resources’ sustainable energy policy think tank Power Cell, Mohammed Hossain highlighted the substantial improvements in energy efficiency that have also been realized as a result of Bangladesh’s off-grid home and community solar boom:

The Bangaldesh government’s ability to establish a clear, consistent and supportive policy framework has been a key, pivotal element. At the core of the government’s pro-solar policy platform is the state-run Sustainable And Renewable Energy Development Authority (SREDA). 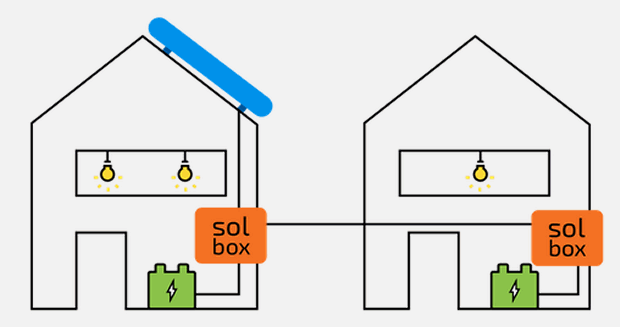 SREDA believes distributed solar still has a lot of room to grow in Bangladesh, and that increasing public awareness and understanding is key to realizing that. “Public perception needs to be improved about the benefits of green and clean energy technologies,” SREDA chairman Mohammed Anwarul Islam stated.

Bangladesh has been a pioneer in sustainable development-oriented microfinance, as well as distributed solar energy. The confluence of growth in both these sectors has led to what’s being called “swarm electrification” – development of local nanogrids and microgrids that allow solar homeownwers to sell surplus electrical power directly to other microgrid participants via peer-to-peer (P2P) networks.

The successive waves of socially and environmentally beneficial innovation being generated in Bangladesh provides a clear example of the great strides that can be made with regard to sustainable energy and sustainable development even given minimal resources provided a clear, consistent institutional framework is erected that supports deployment of appropriate, effective technologies and open, equitable access to them.