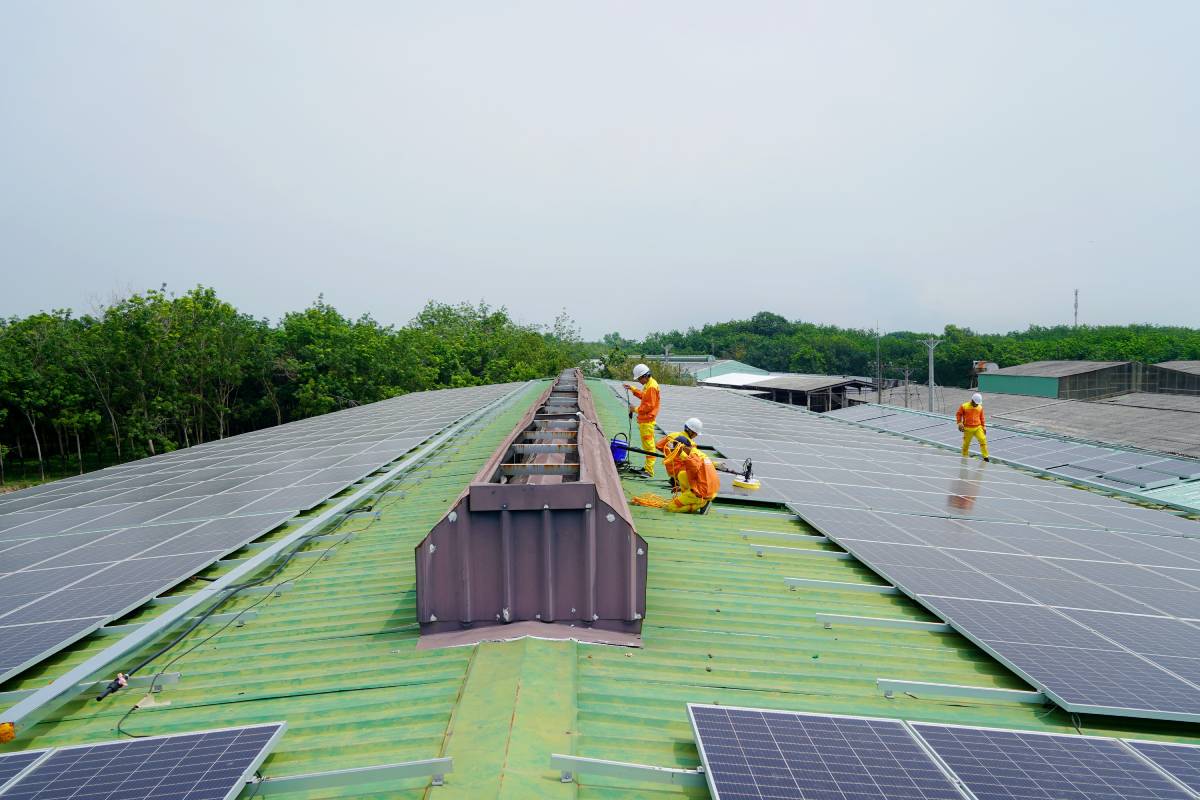 Did you know that the world’s first solar-powered airport is now open for business? Or that a huge, floating solar farm is now supplying energy to thousands of homes in Japan?

Renewable energy is no longer a thing of the future. It’s here, it’s now, and it’s changing the way we live for the better. Here are 10 reasons why you should go renewable today:

1. Renewables are cost-competitive with fossil fuels

In many parts of the world, renewable energy is now cheaper than fossil fuels. The cost of solar photovoltaic (PV) panels has fallen by 99% since 2010, while the cost of onshore wind has fallen by 50%. As renewables become more and more cost-competitive, it makes financial sense to switch to them.

2. Renewables are a hedge against fuel price volatility

Fossil fuels such as oil and gas are subject to price fluctuations due to geopolitical factors, weather events, and other factors. This can be a problem for businesses that use these fuels, as their costs can suddenly increase without warning. Renewable energy sources such as solar and wind are not subject to the same price volatility, meaning that businesses can better predict their energy costs.

The renewable energy industry is one of the fastest-growing industries in the world. In 2018, it employed 11 million people worldwide, and this number is expected to grow to 24 million by 2030. This growth is good news for economies as it creates new jobs and helps to boost GDP.

Fossil fuels are a major source of air pollution, which is linked to a variety of health problems such as respiratory diseases, heart disease, and cancer. Switching to renewables can help to reduce air pollution and improve public health.

Climate change is one of the biggest challenges facing the world today. Burning fossil fuels releases greenhouse gases such as carbon dioxide into the atmosphere, which trap heat and cause the Earth’s temperature to rise. This can lead to more extreme weather events, rising sea levels, and loss of wildlife habitat. Switching to renewables will help to reduce greenhouse gas emissions and combat climate change.

Renewable energy systems can be scaled up or down depending on need. This flexibility is not possible with fossil fuel power plants, which require a large upfront investment and take years to build. This scalability means that renewables can be quickly deployed to meet increasing energy demand without having to build new infrastructure.

Once a renewable energy system is built, its operating costs are very low. This is because there is no need to purchase fuel, transport it, or store it on site. Solar and wind power also have very low maintenance costs compared to fossil fuel power plants.

Despite what some people may think, renewable energy is a very reliable source of energy. Modern technology has made it possible to store solar and wind energy, so that it can be used even when the sun isn’t shining or the wind isn’t blowing.

Renewable energy sources will never run out, unlike fossil fuels. This is because they rely on natural processes such as the sun’s heat or the wind, which are renewable resources. Using renewables helps to ensure a sustainable future for generations to come.

A switch to renewables will help to create a cleaner, healthier environment for both people and wildlife. This is because renewables produce little or no air pollution, and they don’t contribute to climate change.

Going renewable is a smart choice for both individuals and businesses. The transition to renewable energy is essential for tackling climate change and protecting the environment. It also makes financial sense, as renewables are becoming increasingly competitive with fossil fuels. making the switch to renewables is a win-win situation.

Solar energy is one of the most popular types of renewable energy. It’s extracted from the sun’s rays, and it can be used to generate electricity or heat water. Solar panels are used to capture solar energy, which is then converted into electricity. Solar power is a clean and emissions-free source of energy.

Wind energy is another popular type of renewable energy. It’s extracted from the wind, and it can be used to generate electricity. Wind turbines are used to capture wind energy, which is then converted into electricity. Wind power is a clean and emissions-free source of energy.

Biomass energy is another type of renewable energy. It’s extracted from organic materials, such as plants or animals. Biomass can be used to generate electricity or heat. Biomass power is a clean and emissions-free source of energy.

These are just a few of the most popular types of renewable energy.

There are many reasons to switch to renewable energy. Renewables are good for the environment, they create jobs, and they offer a cleaner and healthier future. They are also increasingly cost-competitive with fossil fuels. Making the switch to renewables is a smart choice for both individuals and businesses.

What is renewable energy?

Renewable energy is energy that comes from natural resources such as tides, wind, sunlight, rain,, and geothermal heat, which are renewable (naturally replenished).

What are the benefits of renewable energy?

The use of renewable energy can have many benefits. It can help reduce greenhouse gas emissions, create jobs in the clean energy sector, and decrease our dependence on fossil fuels.

What are the different types of renewable energy?

There are many different types of renewable energy, including solar, wind, hydro, biomass, and geothermal.

How much of the world’s energy comes from renewable sources?

Currently, about 11% of the world’s primary energy comes from renewable sources. However, this number varies by region. For example, in Europe the share of renewables in primary energy consumption is about 16%.

How much of the United States’ energy comes from renewable sources?

Renewables accounted for about 10% of total U.S. energy consumption and about 17% of electricity generation in 2017.

What are some barriers to the growth of renewable energy?

Some barriers to the growth of renewable energy include the high upfront cost of investment, lack of access to financing, and regulatory hurdles.

What policies can help support the growth of renewable energy?

Policies that can help support the growth of renewable energy include feed-in tariffs, Renewable Portfolio Standards (RPS), and tax incentives.

How much do renewables cost?

The cost of renewables has been falling rapidly in recent years and is now competitive with other forms of generation in many markets around the world. In some cases, renewables are even cheaper than fossil fuels.

Are there any negative environmental impacts associated with renewables?

There can be negative environmental impacts associated with any form of energy generation, including renewables. However, these impacts are typically much lower for renewables than for fossil fuels.

What are the greenhouse gas emissions from renewable energy?